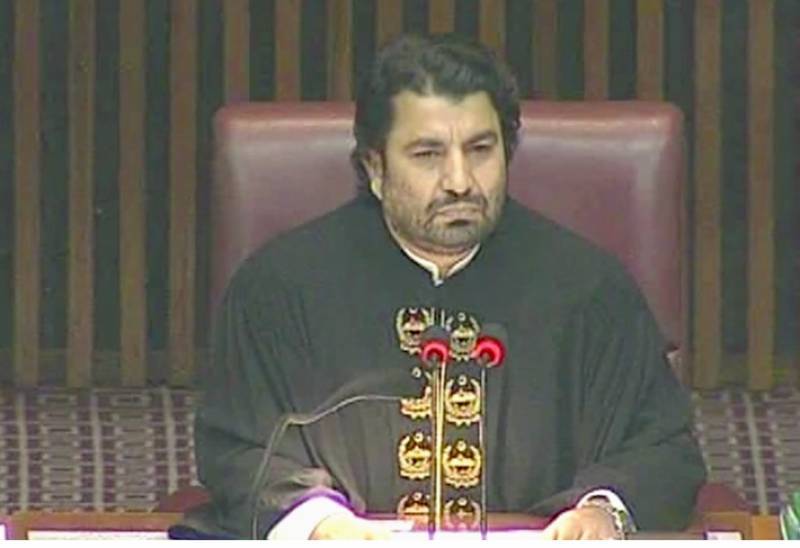 Source: A screengrab from NA session

ISLAMABAD - National Assembly Deputy Speaker Qasim Khan Suri on Saturday resigned from the post ahead of no-confidence vote against him.

Reports said that Suri has sent his resignation to the Assembly Secretariat.

The development comes less than an hour before the start of National Assembly session where Suri was set to face vote on no-confidence motion against him.

Earlier, Qasim Suri made headlines when he junked a no-confidence motion against former PM Imran Khan in a move that was revoked by the Supreme Court of Pakistan.

In today’s session, PPP leader Raja Pervaiz Ashraf will take oath as National Assembly speaker after he was elected unopposed for the slot.

The name of the new speaker would be announced by the presiding officer on the floor of the House. The new speaker, on his election, will also take the oath of his office on Saturday.