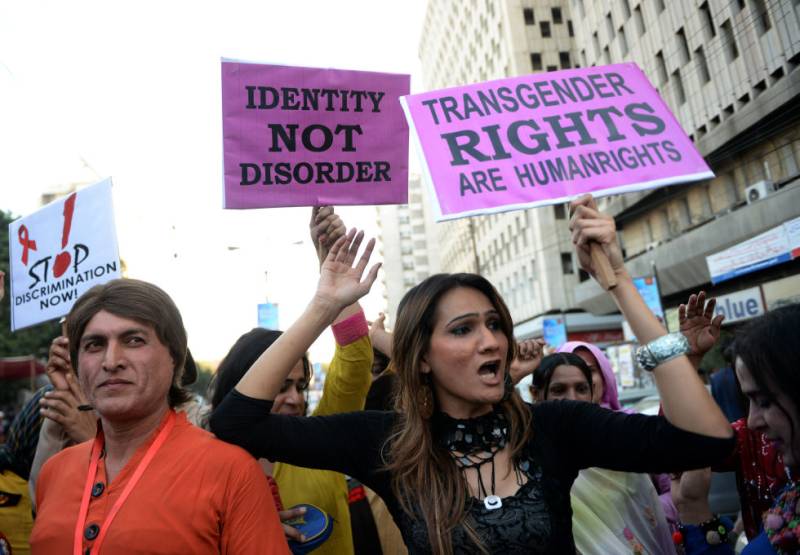 LAHORE - For the first time in the history of Pakistan, a transgender person has registered himself with National Database & Registration Authority (NADRA) as a male.

The acknowledgement of members of the transgender community follows years of activism that forced the country’s legal system to recognise gender on the basis of self-identification.

Mani told Daily Pakistan that he always had a dream to become a man. "I cannot disclose the details right now," Mani said, adding  that he didn't want to "scandalise" the authorities who helped him materialising his dream.

Without disclosing the details, he said the decision to give him a male identity card doesn't come from any particular court "though courts were involved in the long procedure."

"It was a long procedure," he added.

"My family doesn't support me, but I am an adult male and can make my decisions on my own."

While transgenders are already issued CNICs having a separate gender column following the decision of the Supreme Court of Pakistan back in 2011, Mani is the only transgender man who has been officially registered as male.

Earlier in June this year, the government had issued its first third-gender passport to a transgender activist in Peshawar.

Modern-day transgender people in the country claim to be cultural heirs of the eunuchs who thrived at the courts of Mughal emperors that ruled the Indian subcontinent for two centuries until the British arrived in the 19th century and banned them.

In 2009, Pakistan became one of the first countries in the world to legally recognise a third sex, allowing transgenders to obtain identity cards, while several have also run in elections. They number at least half a million people in the country, according to several studies.