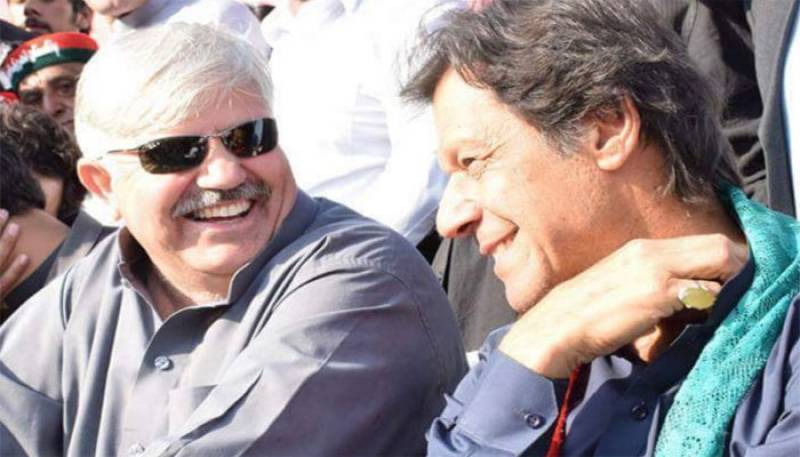 PESHAWAR - Mehmood Khan was elected as the Chief Minister of Khyber Pakhtunkhwa on Thursday after the lawmakers exercised their right to vote.

Mehmood, a candidate of Pakistan Tehreek-e-Insaf, bagged 77 votes against his rival, Nisar Gull of Muttahida Majlis-e-Amal (MMA), who secured 33 votes.

The official results, confirming Khan's victory were announced by the Speaker of Assembly, Mushtaq Ghani, however, Mehmood's victory was written on the wall as the party had bagged majority during the recently held general elections with 84 seats in the House.

Mahmood has previously held the portfolio of sports, culture and irrigation in the province. The 46-year-old was recommended by former KP chief minister Pervaiz Khattak after Atif Khan was brushed aside for the top slot.

This is the second consecutive tenure of Pakistan Tehreek-e-Insaf with its own chief executive in the war-battered province.

The province of Sindh is also holding its elections for the slot of Chief Minister today.

In Sindh, Pakistan Peoples Party emerged as the major party and is in strong position to win the elections for the leader of the House. The PPP leadership has fielded Syed Murad Ali Shah as a candidate in the chief minister elections.

Murad Ali Shah also served as the provincial chief executive during the previous tenure of the PPP.

On the other hand, the joint opposition comprising Muttahida Qaumi Movement-Pakistan, Pakistan Tehreek-e-Insaf (PTI) and others, has nominated Shahryar Mahar as their candidate for the slot.

Agha Siraj Durrani, the nominee of PPP for the slot of Speaker Sindh Assembly was sworn in on Wednesday after he secured 96 votes through secret ballot and defeated his rival Javed Hanif who clinched 59 votes.

Pakistan Tehreek-e-Insaf’s nominee, Mushtaq Ghani, was elected as the Speaker of the Khyber Pakhtunkhwa Assembly on Wednesday.

His election as the 18th Speaker of the House came after the lawmakers cast their votes through secret ballot in which he secured 81 votes against his rival Laiq Muhammad who clinched 27 votes.

Mushtaq Ghani, who won the elections for PK-39, took the oath of his office after the election.

Meanwhile, Mehmood Jan of PTI also won the election for the slot of the Deputy Speakership.