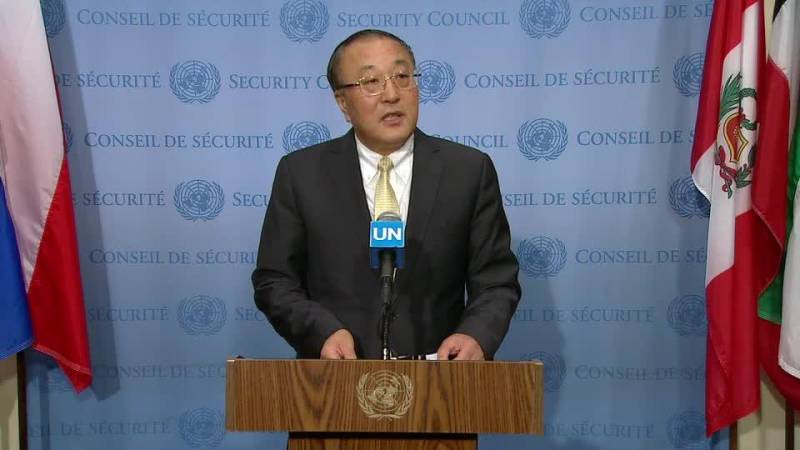 NEW YORK - The Chinese diplomat at the United Nations on Friday said members of the UN Security Council (UNSC) had expressed their serious concerns over the situation, particularly human rights situation, in the Indian occupied Jammu and Kashmir (IoJ&K).

“The status of Kashmir is undecided, it is an internationally recognized dispute and it should be resolved with peaceful means, and according to the UN resolutions,” the Chinese envoy told a news conference at the UN Headquarters in New York.

He said general views of the members were that parties concerned should refrain from taking any unilateral action which might aggravate the situation.

He said China was deeply concerned about the situation and expressed grave concerns at the current situation in Kashmir at the UNSC UNSC. The situation in the state was "serious and dangerous".

He said India had "violated the bilateral agreement to keep peace in the border areas" by the constitutional amendment.

"The situation is already very tense and dangerous right now there [in Kashmir]. India has violated bilateral agreement to keep peace in the border areas. It is obvious the constitutional amendment by India has changed the status quo by India," the Chinese envoy said.

He said such unilateral practices [as were carried out by the Indian government] were not valid.

The Chinese diplomat said the Security Council asked India to refrain from any unilateral step which was dangerous. The issue should be resolved in accordance with the UN charter, he added.

His statement came after the UNSC held a closed-door meeting on the Kashmir situation after Pakistan approached it against New Delhi's August 5 decision. India had on August 5 scrapped the provisions under Article 370 that gave special status to Jammu and Kashmitr.

Pakistan's Permanent Representative to the United Nations Maleeha Lodhi welcomed the UNSC meeting on the issue of Kashmir, saying Pakistan was "grateful to China for calling this meeting".

"The voice of the Kashmiri people has been heard today. They are not alone, their voices have been heard. This is an international dispute. We are grateful for the 15 members of UNSC. We are ready for a peaceful settlement of J&K. It nullifies that J&K is an internal matter of India. The Chinese ambassador emphasized on human rights situations. This is not the first and last step," she said.