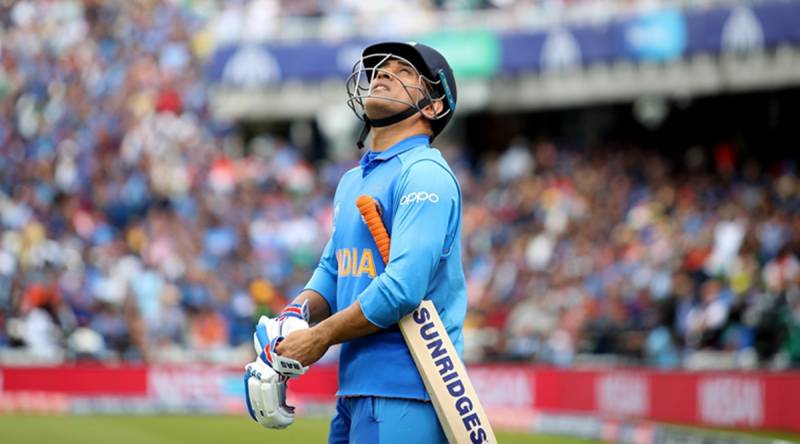 ISLAMABAD – The International Cricket Council (ICC) on Sunday congratulated former India captain Mahendra Singh Dhoni for a wonderful international career that saw him lead his team to victory in all three major ICC tournaments for men.

Dhoni was an accomplished all-rounder with his smart work behind the stumps and with the bat and was known as one of the greatest finishers in limited overs cricket.

ICC Chief Executive Manu Sawhney said: "MS Dhoni is one of the all-time greats of the game. The image of his winning shot at the Wankhede Stadium in the 2011 ICC Men's Cricket World Cup final is etched in the memory of cricket lovers around the world.

"He has inspired a whole generation and will be sorely missed. On behalf of the ICC, I congratulate him for an outstanding cricket career and wish him all the best for the future." Dhoni scored 4,876 runs in 98 matches with 256 catches and 38 stumpings in a Test career that he called an end to in 2014. In ODIs, he scored 10,773 runs with 321 catches and 123 stumpings, last turning out for India in the ICC Cricket World Cup 2019. In T20Is, he aggregated 1617 runs with 57 catches and 34 stumpings. He scored six centuries in Tests and 10 in ODIs.