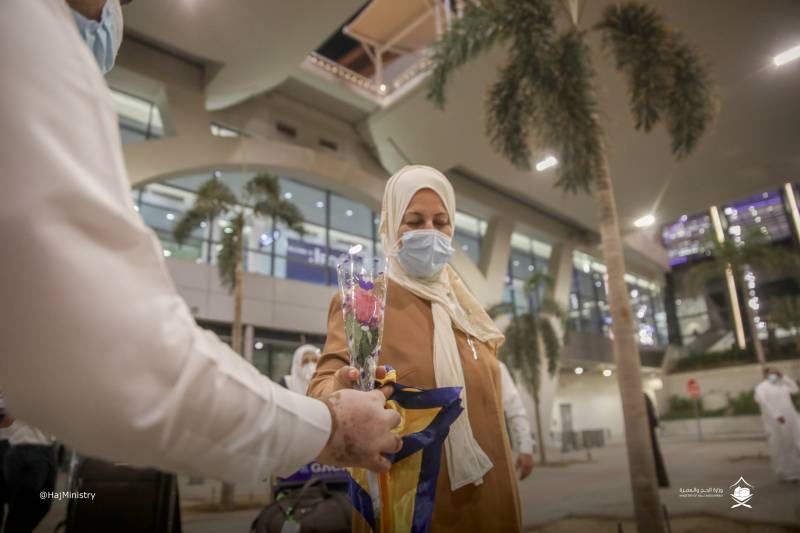 JEDDAH – The first group of foreign Umrah pilgrims arrived in Saudi Arabia on Monday after a temporary ban to curb the spread of COVID-19 was lifted.

Pilgrims were greeted with gifts of dates, roses and Zam Zam water on arrival at the Kingdom's airports.

Umrah pilgrims from abroad were required to present a certificate on arrival that has been validated in their home country and states details of them receiving a COVID-19 jab that is approved by the Kingdom, Arab news reported .

They must also adhere to quarantine measures if they were coming from countries where there was a ban on direct entry to the Kingdom.

The deputy minister of Hajj and Umrah, Abdulfattah bin Sulaiman Mashat, said that all Saudi Umrah companies have been preparing to serve foreign pilgrims and were dedicated to providing the best services to the pilgrims from the point of arrival till departure.

Umrah is a pilgrimage to Makkah performed by Muslims that can be undertaken at any time of the year, in contrast to Hajj that must be performed in the month of Dhul Hajja in the lunar Hijri calendar.

Last year, the Umrah pilgrimage was temporarily suspended due to the coronavirus pandemic.