Pakistan ready to play role in de-escalation of tensions between US, China 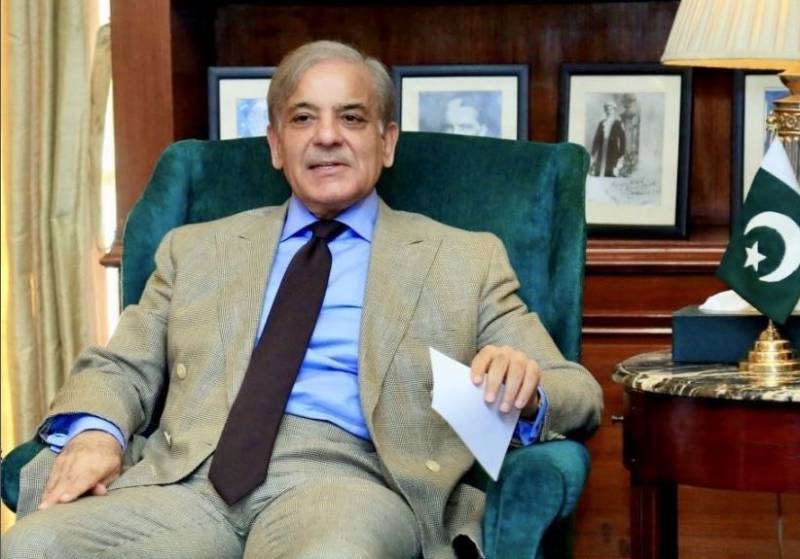 ISLAMABAD – Prime Minister Shehbaz Sharif has offered to play the role of the mediator in reducing tensions between China and the United States, stressing that the world cannot afford another descent into an era of Cold War or bloc politics.

In an interview with Newsweek, the premier said Pakistan was willing to help Washington and Beijing to reduce their differences if the two global powers wanted us to play a diplomatic role between them.

He said the Pakistan-China relationship is very special, while the longstanding historic relationship between Islamabad and Washington also covers all issues of mutual interest.

"We believe that inter-state relations should be based on mutual respect and peaceful resolution of disputes by upholding the principles of the UN charter and international law," Shehbaz said.

He stressed that Pakistan believed that “constructive engagement with all countries can promote peace and security as well as development and connectivity in the whole region” saying that conflict had negative consequences, particularly for developing countries.

He continued saying that the world cannot afford descent into another era of Cold War or bloc politics, pointing out that polarization would have serious consequences for the global economy.

Recalling economic plights, he reiterated that developing nations, like Pakistan, were already suffering from external shocks to their socio-economic well-being, and do not desire aggravation of these challenges induced by major power rivalry.

Meanwhile, the US and Pakistani officials are considering various options for Chief of Army Staff Gen Qamar Bajwa to visit Washington in August or early September, reports suggest.

Pakistan offers to mediate as China staged a new round of military drills around Taiwan in response to a visit by a delegation of US lawmakers.