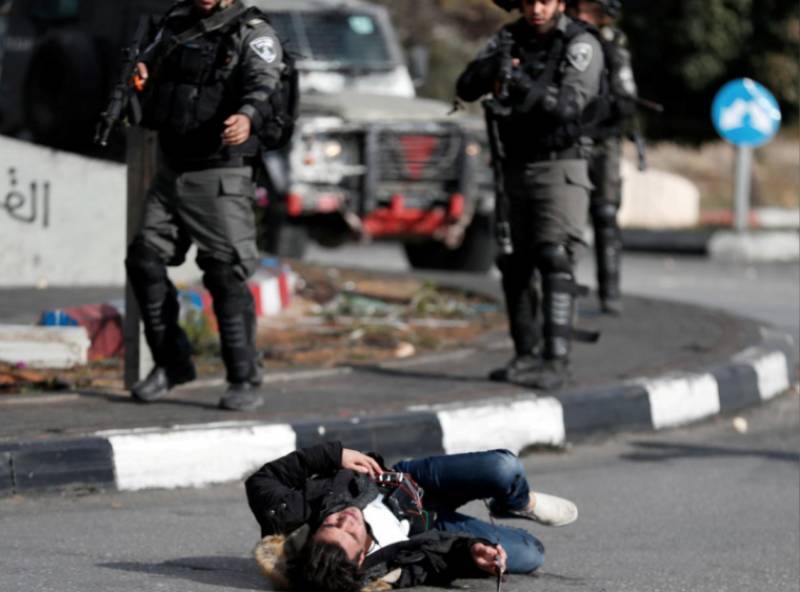 JERUSALEM - Four Palestinians, including a well-known protester in a wheelchair, were shot dead by Israeli troops in Gaza during clashes on Friday.

More than 150 were also hurt in Gaza and the occupied West Bank amid fresh protests over Donald Trump's recognition of Jerusalem as Israel's capital, a controversial decision that drew criticism from Muslims across the Middle East and around the world.

The four martyrs of today ,Friday:

Clashes erupted following Muslim Friday prayers, as Palestinian demonstrators lit tyres and threw stones at Israeli troops, who fired tear gas and live rounds across the West Bank and over the border with the Gaza Strip, reports say.

One of the men killed was Ibrahim Abu Thuraya, a wheelchair-bound 29-year-old who was a regular presence at Palestinian protests against Israel. Thuraya spoke to the media often in recent years and said he lost both his legs in a 2008 Israeli missile strike in Gaza.

Thuraya was allegedly killed by a sniper. Most recently, he was known for climbing up electricity poles and holding up Palestinian flags during protests. A Facebook video posted two days before his death showed Thuraya walking on his hands without a wheelchair.

"This land is our land. We are not going to give up. America has to withdraw the declaration it's made," he said in the video.

Having no legs did not stop Ibrahim Abu Thuraya from protesting Israel's oppression in Gaza today but an Israeli bullet to the head did. He was killed in Gaza today. pic.twitter.com/SyHxqiNY42

The status of Jerusalem is at the center of Israel’s conflict with the Palestinians because half of Jerusalem has been envisioned as the future capital of a Palestinian state. For many in the Arab world, Trump’s announcement last week put an end to any chance of a peace agreement between Israel and Palestine, and solidified Israel’s control over the sacred city. 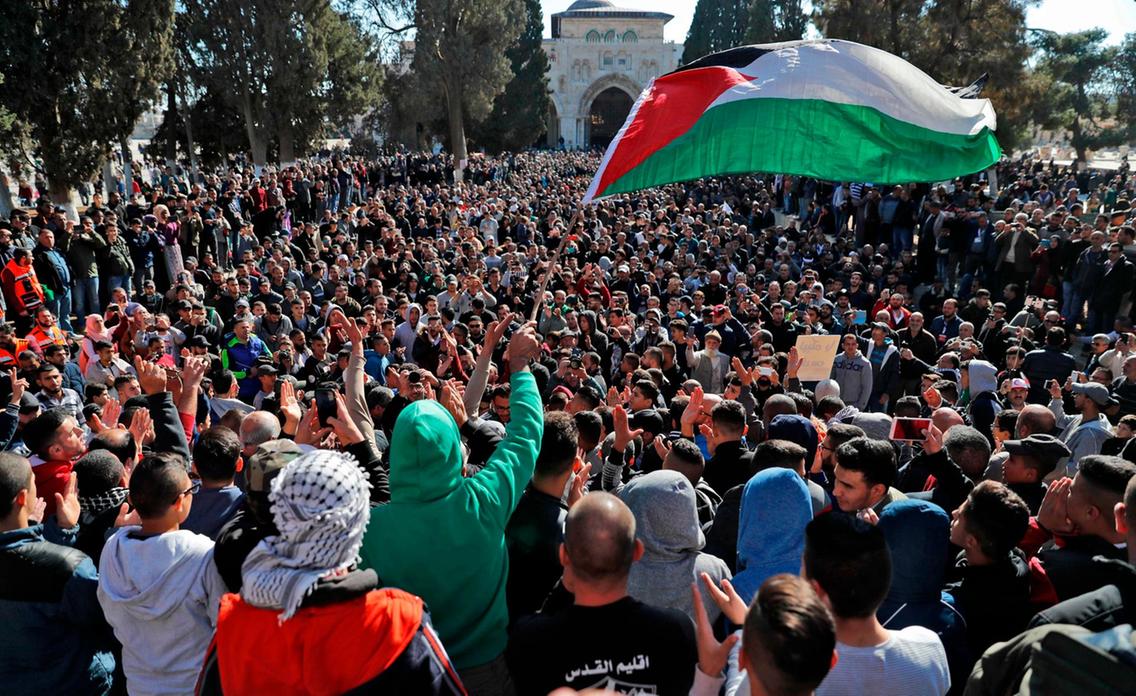 Gaza's dominant Hamas Islamists, which reject coexistence with Israel, called last week for a new Palestinian uprising, but any such mass mobilisation has yet to be seen in the West Bank or East Jerusalem.

There have been almost nightly Gazan rocket launches into Israel, so far without casualties. Israel has responded with air strikes on Hamas facilities, one of which killed two Palestinians.

The Israeli military said that, on Friday, about 3,500 Palestinians demonstrated near the Gaza border fence.

“During the violent riots IDF (Israel Defence Force) soldiers fired selectively towards main instigators,” the military said in a statement.

A military spokeswoman had no immediate comment on the wheelchair-bound protestor, Ibrahim Abu Thuraya. 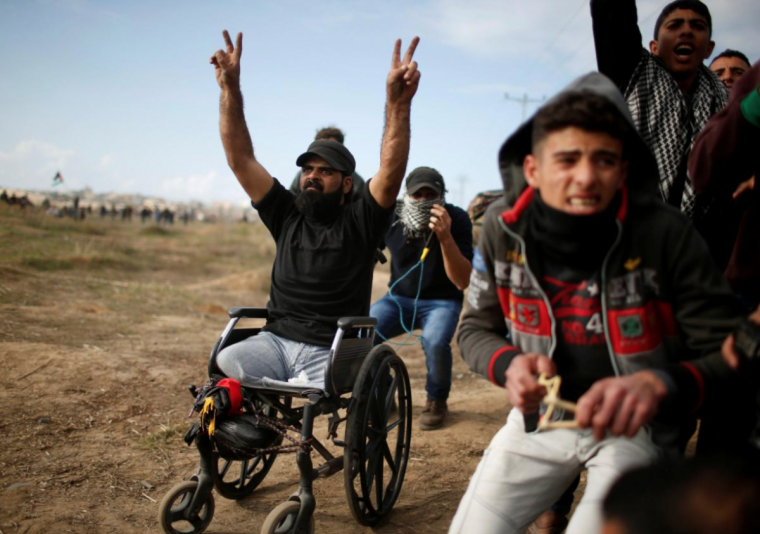 In the West Bank, the Israeli military said that about 2,500 Palestinians took part in riots, rolling flaming tyres and throwing fire bombs and rocks at soldiers and border police. 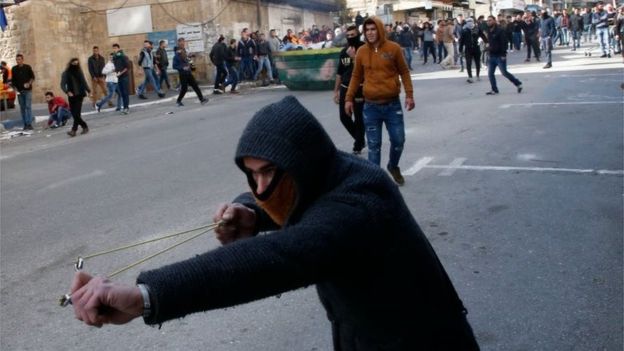 Israel occupied East Jerusalem, an area laden with Jewish, Muslim and Christian shrines, from Jordan in the 1967 war and later annexed it in a move not recognised internationally.

Palestinians hope that part of the city will be the capital of a future independent state and Palestinian leaders say Trump's move is a serious blow to a moribund peace process.

Israel has welcomed Trump's announcement as recognising political reality and biblical Jewish roots in Jerusalem. US Vice President Mike Pence is scheduled to visit Israel, as well as Egypt, next week.