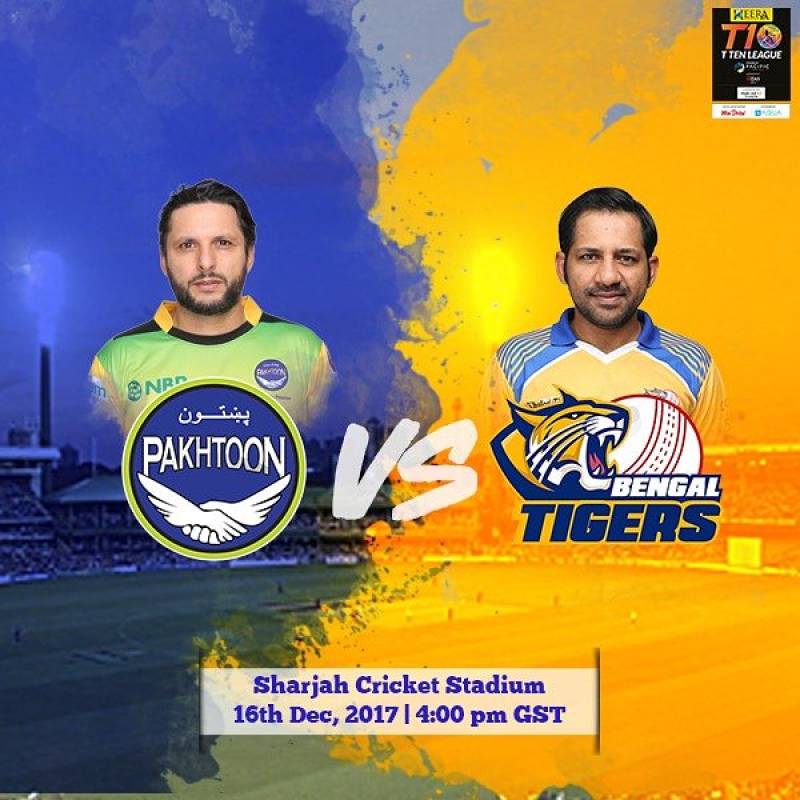 SHARJAH - Shahid Afridi's led Pakhtoons won the toss and elected to bowl first against Sarfaraz Ahmad's Bengal Tigers on the third day of the T10 Cricket League 2017 here on Saturday. The next match is between Dinesh Chandimal's Team Sri Lanka Cricket and Kerala Kings, who are captained by Eoin Morgan. In the third match, Virender Sehwag's Maratha Arabians will face Punjabi Legends today.

Saturday's final match will be a playoff for the 5th/6th place. Kerala Kings top Group A with two points due to a better run rate. Punjabi Legends and Bengal Tigers are at second and third place with two points each.

Pakhtoons have won both of their games so far in the tournament and they top Group B with 4 points followed by Maratha Arabians with two points. Team Sri Lanka have not managed to win a single game in the league so far.