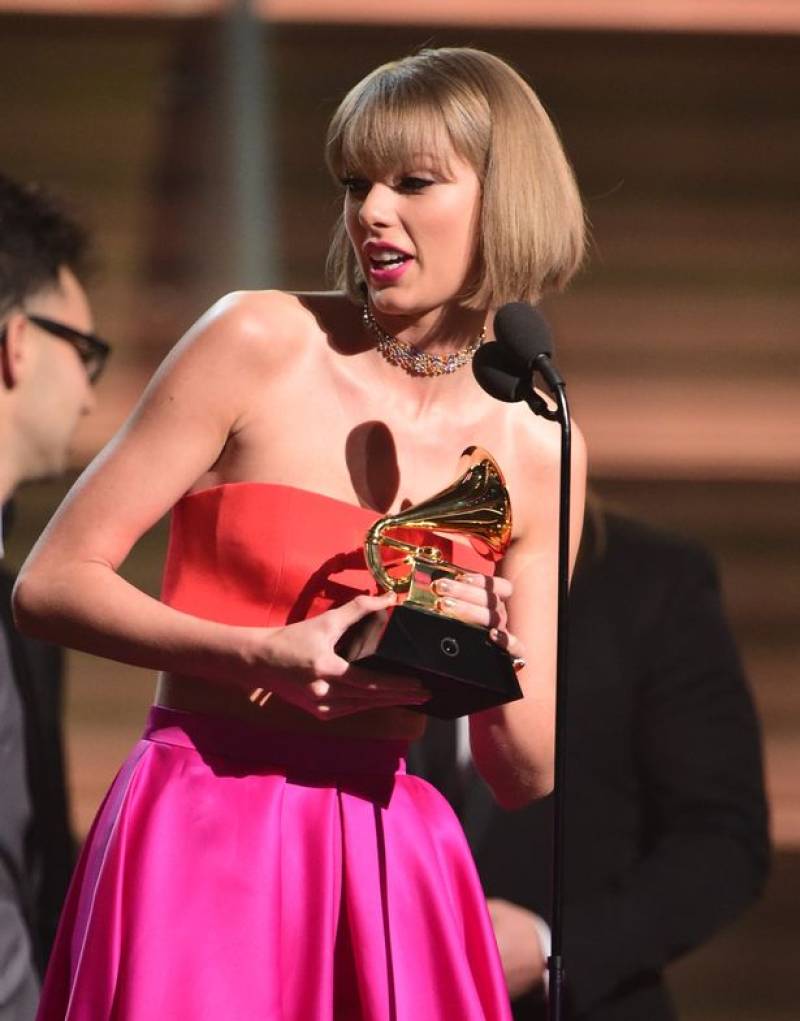 Taylor Swift offered some thoughts on success, feminism and impostor syndrome—and blew Kayne West in a fine way. In her speech last night at Grammy Awards, Swift made a not so veiled mention to the controversial lyrics.

“As the first woman to win Album of the Year at the Grammy's twice, I want to say to all the young women out there: There are going to be people along the way who will try to undercut your success, or take credit for your accomplishments, or your fame. But if you just focus on the work, and you don't let those people sidetrack you, some day when you get where you’re going, you’ll look around and you will know that it was you and the people who love you who put you there. And that will be the greatest feeling in the world.”

She further added, “I want to thank fans for the last ten years and the Recording Academy for giving us this unbelievable honor”.

The relation between the two were always at rift.. But West recently added fuel to the fire with his new album The life of Pablo song “Famous,” with its controversial lyrics. The song got payed at his NYFW show featuring two lines pointing to Taylor, “For all my South-side niggas that know me best I feel like me and Taylor might still have sex. Why? I made that bitch famous.”

According to the West resources ,  Swift gave the lyric her blessing, but Taylor representative insist otherwise. Her camp says that she declined and cautioned him about releasing a song with such a strong misogynistic message.

The incident that West was referring to was, of course, the 2009 MTV Video Music Awards, where West stormed the stage, snatched the microphone from Swift and proclaimed that Beyonce should have won instead.