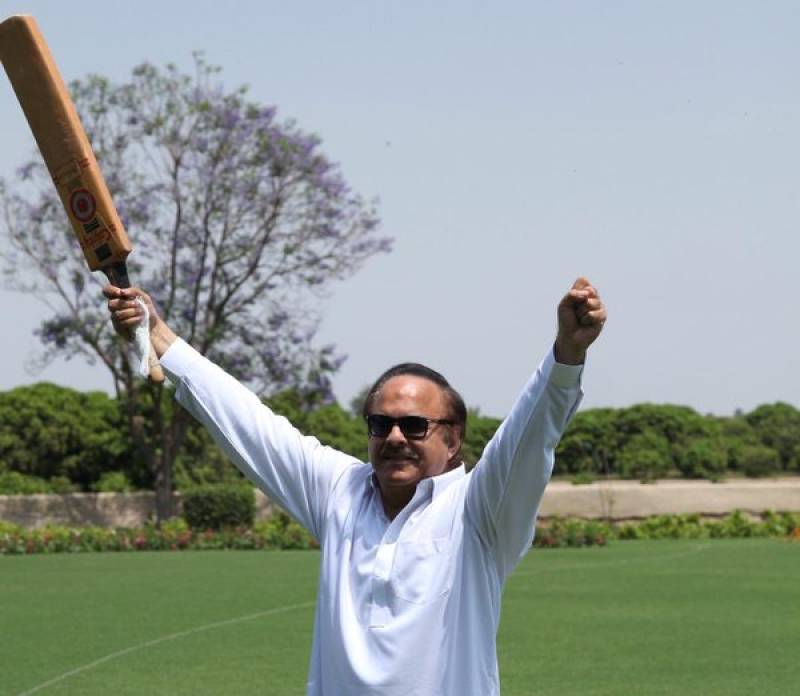 The funeral prayer of Naeem ul Haq was offered in Karachi who passed away yesterday after protracted illness. He was 70. Naeemul Haq also served the incumbent Prime Minister Imran Khan as his special assistant on political affairs. He breathed his last at Aga Khan University Hospital, Karachi.

They also prayed for the higher ranks of the departed soul and condoled with the bereaved family.

In a tweet, Prime Minister Imran Khan said Naeem ul Haque was one of the ten founding members of PTI .

He said in 23 years of PTI's trials and tribulations, Naeem ul Haque always stood by him.

Paying tribute to senior PTI leader, he said his death has left an irreplaceable void.

Naeemul Haque: PM Imran 'devastated by death of one of oldest friends, most loyal PTI founder'

Special Assistant on Information Dr. Firdous Ashiq Awan in a tweet, said Naeem ul Haque was a great asset to the party whose space can never be filled.

The Special Assistant to Prime Minister for Information Firdous Ashiq Awan visited the residence of deceased senior PTI leader Naeem-ul-Haq in Karachi today and expressed her condolences to the bereaved family.

Accompanied by other PTI leaders, the Special Assistant paid her respects and prayed for the departed soul and also prayed for the family to have courage to bear this irreparable loss. Later, talking to media, Firdous Ashiq Awan said that PTI has great respect and admiration for the services of late leader.

In their separate statements and tweets, they prayed to Almighty Allah to  bless his departed soul and grant him Jannah.

In a statement, PTI Central Vice President Zahid Hussain said the party has decided to postpone all its political activities for three days.

All senior party leadership will gather at PTI Central Secretariat to offer Fateha after the funeral prayers and burial of Naeem ul Haq.

Chief of Army Staff (COAS ) General Qamar Javed Bajwa has also expressed his grief on the sad demise of Special Assistant to the Prime Minister on Political Affairs Naeemul Haque.

According to the Inter Services Public Relations, the COAS prayed for the deceased and his family. “May Allah bless the departed soul and give strength to the bereaved family, Aamen,” COAS said.

In a message received from the Pakistan Navy Spokesperson, Chief of the Naval Staff Admiral Zafar Mahmood Abbasi extended his heartfelt condolence on the death of prominent politician Naeemul Haq.

“May Allah exalt the ranks of the late and give patience to his family,” the Naval Chief prayed.