Meghan Markle reveals her due date for royal baby 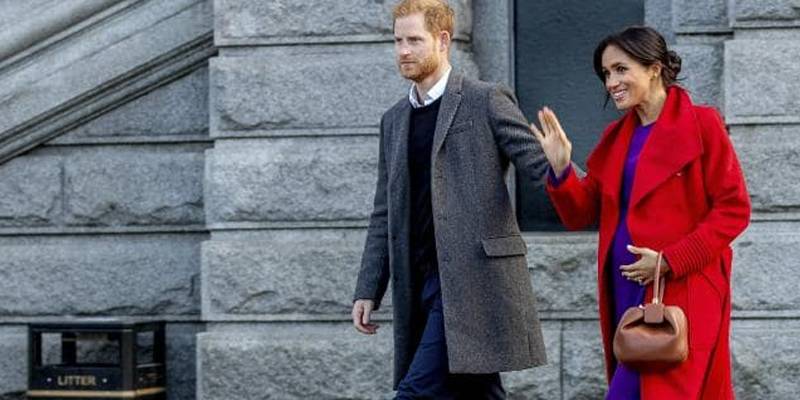 LONDON - Meghan Markle, wife of Britain’s Prince Harry, shared with the royal well-wishers that she was six months pregnant but the royal couple does not know the gender of their first baby, British media reported.

Former US actress Meghan and Harry married last May and announced in October that they were expecting their first child in the Spring of 2019 but gave no specific details.

During a chat with some of the large crowd that turned out for their visit to Birkenhead in northern England on Monday, Meghan, 37, revealed she was six months pregnant, suggesting the latest addition to the British royal family would be due sometime in April.

However, Meghan and Harry, Queen Elizabeth’s grandson, do not know whether the future seventh-in-line to the throne will be a boy or a girl and it would be a “surprise”, media reported.

During their trip to Birkenhead, the couple’s first joint engagement of the year, they viewed a new statue erected to mark the centenary of the death of World War One poet Wilfred Owen before visiting a number of local community organizations. 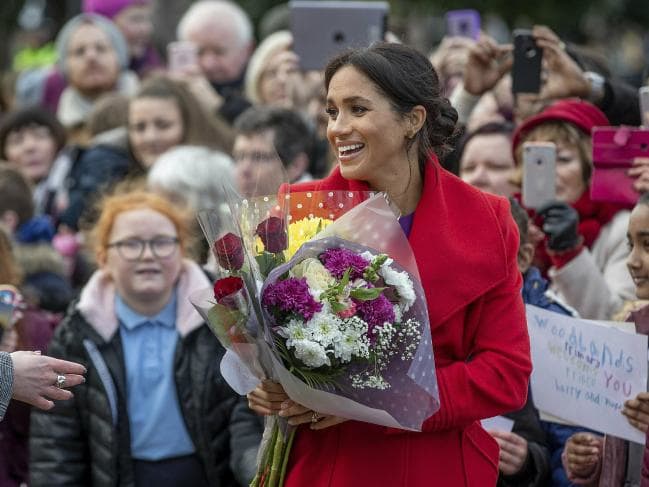 Local resident Helen O’Toole, a mother of seven, said Meghan had asked her for some advice.

“I said ‘breathe and take anything that they offer you’ and she just clutched her little baby bump and laughed. It was really lovely,” she told Reuters.

“The Duchess is delighted to become Patron of both national and grassroots organizations that are part of the fabric of the UK, and is very much looking forward to working with them to bring wider public attention to their causes,’’ Kensington Palace said in a statement.

“Her Royal Highness feels she can use her position to focus attention on, and make a particular difference to these organizations and, more widely, the sectors they each represent.

Meghan has indicated she intends to work until late in her pregnancy. She also revealed they didn’t know if the baby was a boy or girl because they wanted it to be a surprise.

Awaiting another royal baby this April!