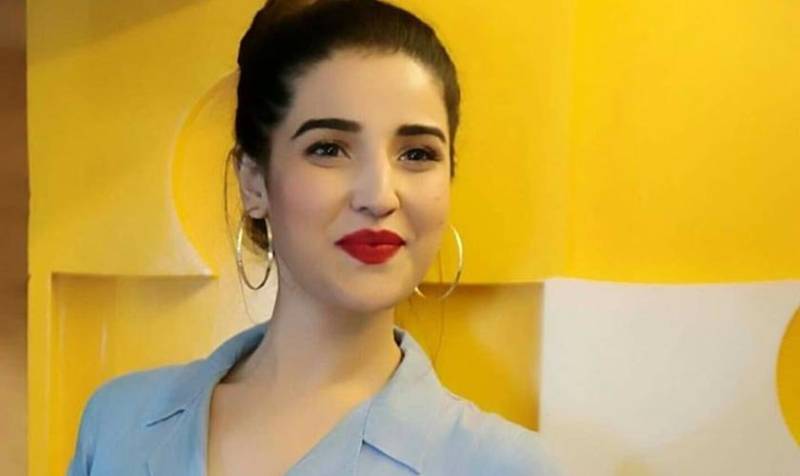 Pakistani actress Hareem Farooq has left her fans stunned with scintillating pictures she posted on her social media account.

Taking to Instagram handle, the actress shared photos in which she puts up an embroidered greenish dress with multi shades, setting the internet on fire.

Seems, as if the ‘Diyar-e-Dil’ star is in jolly mood as captioned: “Mainu suit suit kardaa”.

Fans were eager to react as they dropped emoji’s and feedback in the comments section. One of the followers wrote: “Perfectly Elegant” and another fan penned: “Awesome”.

Hareem Farooq started her career with the film “Siyaah” and later made her TV debut with the drama series ‘Mausam’ followed by ‘Mere Humdum Mere Dost’, ‘Dusri Bivi’, ‘Diyar-e-Dil’, ‘Mere Jeevan Saathi’ and ‘Sanam’ among others.