Malaysia says Pakistan can no longer be blacklisted by FATF 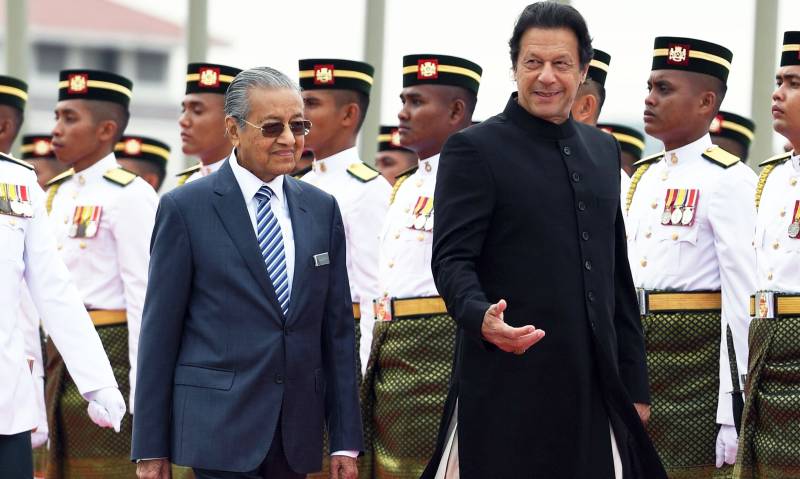 ISLAMABAD - Malaysian Foreign Minister Datuk Saifuddin Abdullah confirmed on Saturday that with the support of the country, Pakistan can no longer be blacklisted by Financial Action Task Force (FATF).

The comments came after Pakistan's Prime Minister Imran Khan telephoned Malaysian counterpart Mahathir Mohamad in London to thank Malaysia for its support of Pakistan’s bid to avoid being blacklisted by the Financial Action Task Force (FATF).

After taking the six-minute call at the Malaysian High Commission, Dr Mahathir told the Malaysian media that Malaysia showed its support to Pakistan as the country has upped its war against money laundering.

"We decided based on the rule of law. Not due to animosity," he affirmed.

Malaysia’s support was seen as crucial for Pakistan to avoid being blacklisted by global watchdog; India had put forth a motion with FATF to blacklist the country for money-laundering activities linked to terrorism, however, with Malaysia’s backing, Pakistan now has the support of three nations.

ISLAMABAD – A delegation of the Asia-Pacific Group (APG), a regional affiliate of the Financial Action Task Force ...

Mahathir admitted that money laundering was a major problem and it is happening because of the borderless world that allows free flow of capital.

There was no point blacklisting any particular nation, he elaborated.

The Malaysian premier also highlighted that the free flow of capital has affected other countries as well, including Malaysia, where capitalists have invested huge amounts of money in the share markets hiking share prices.

“At the end of the day, they sell their shares for a profit and take back their capital and their earnings at the expense of the countries they invested in,” he said.

Dr Mahathir also dished in on the irony of trade wars, where the world promoted trade at one hand while on the other end, imposed sanctions.

“In the end many innocent nations such as Malaysia are also affected. Hence, though we have no problem with Iran, we cannot trade with the country because of the sanctions. The trade war with China is also affecting us,” he said.

Pakistan now enjoys the support of Malaysia besides China and Turkey.