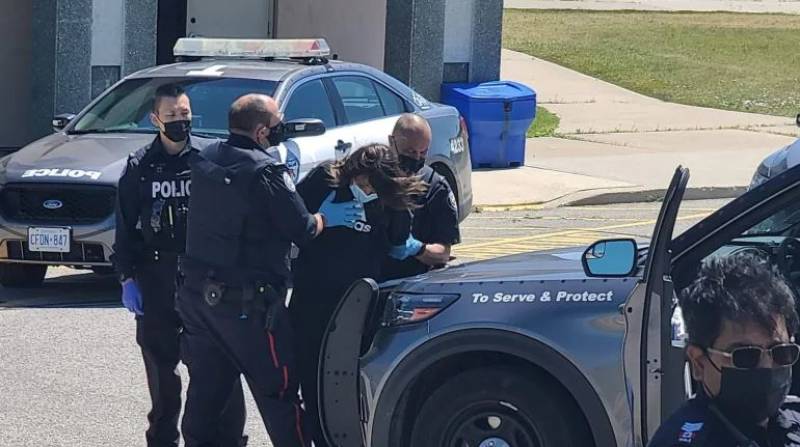 ONTARIO – Amid the rise in Islamophobic attacks in the North American country, two suspects have been detained after allegedly trying to barge into a mosque in Scarborough and threatening staff.

According to the Toronto police, they got a call in noon from the Islamic Institute of Toronto as a man and a woman tried to enter the building and threatened to set off an explosive in the building.

The reports cited that no weapons or explosives were recovered during the arrests. The arrested persons were believed to be under the influence of drugs, it added.

A witness while speaking with an international media outlet told that ‘We noticed two people attempting to break in the front of the building, Initially, he assumed it was some delivery guys, but both individuals were empty-handed.

He added that ‘the alleged intruders got aggressive with regards to trying to get in the building and started kicking the doors, suspects also threatened to 'detonate an explosive, he added. Meanwhile, the place where it occurred is a mosque and an Islamic elementary school.

Earlier, a man driving a pickup truck killed four members of a Muslim family in the south of Canada's Ontario province, in what police said on Monday was a planned attack.