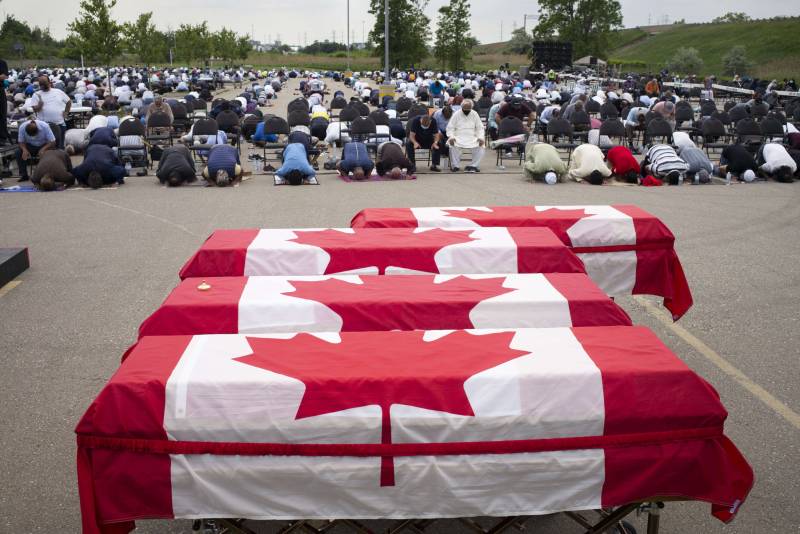 LONDON – Canadian authorities has approved terror charges against the Nathaniel Veltman, 20, who killed four members of a Pakistani origin Muslim family with his vehicle in Ontario.

Reports in international media cited that prosecutors revealed in a brief hearing that they were adding terrorism charges to the four counts of pre-planned murders.

A statement issued by the Royal Canadian Mounted Police (RCMP) said ‘The federal and provincial attorneys general provided their consent to commence terrorism proceedings, alleging that the murders and the attempted murder also constitute terrorist activity.’

Authorities said the alleged perpetrator carried out the murders on purpose and was targeting people due to their faith. The 20-year-old Nathaniel faces four counts of first-degree murder in addition to the terrorism charges. He also faces one count of attempted murder.

The attacker has no criminal background or known ties to any extremist groups. Appearing before a court via video link, he mentioned that he does not have a lawyer. He has yet to enter a plea and is set to reappear in court on June 21.

OTTAWA – The four members of a Pakistani family who were killed last week in a hate-fuelled attack in ...

Four members of the Pakistani origin family were out for a walk in London, Ontario, on June 6, when the truck driver struck them on purpose. Salman Afzaal, 46, Madiha Salman, 44, Yumna Afzaal, 15, and Mr Afzaal's mother, 74, were killed while on an evening walk on 6 June. The family's nine-year-old son was the only survivor, and remains in hospital with serious injuries.

The attack has sparked debate about the prevalence of Islamophobia in the North American country, and heightened fears within the Muslim community that outward signs of religious affiliation can make a person a target.

In an exclusive interview with CBC’s chief political correspondent Rosemary Barton, the premier has urged the international community to end hate inciting content and extremism.

PM while condemning the Islamophobic attack in Canada said ‘there needs to be an international action against it. We are focusing on bringing countries together so that they could hold discussions on it. Unfortunately, world leaders don't have enough motivation to counter the hate against Muslims and Islam. It is because they don't understand this themselves’, PM added.