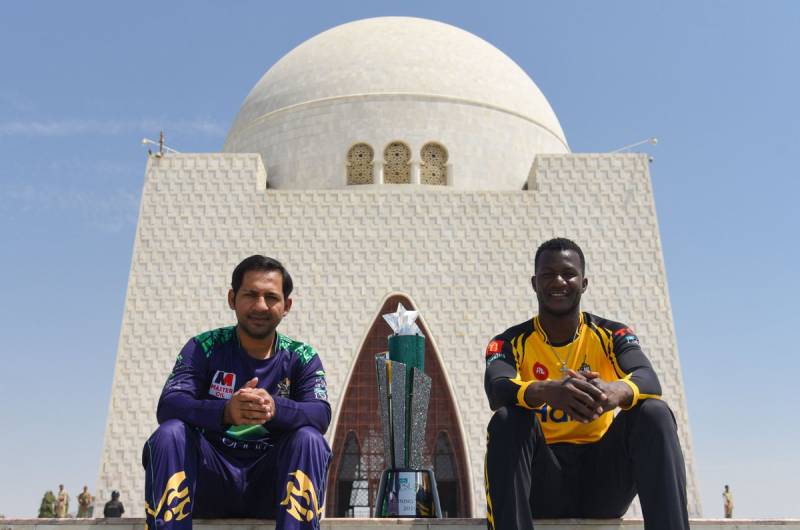 KARACHI – The Pakistan Super League (PSL) trophy was unveiled in the Sindh capital city on Saturday, a day before the final which is to be played between Quetta Gladiators and Peshawar Zalmi.

Sarfaraz Ahmed and Darren Sammy - captains of for both finalists, Quetta Gladiators and Peshawar Zalmi - lifted the trophyduring a ceremony at Karachi's National Stadium.

Addressing a joint press conference, Sarfaraz said that the kind of cricket seen in the second leg of PSL is completely different than what was played Dubai or Sharjah.

“PSL will become even more fruitful once the tournament is completely shifted to Pakistan," he said.

The Gladiators' skipper added that he has a strong team lined up with many individual top scorers who will dominate tomorrow’s showdown.

Sammy, on the other hand, said that he believes in team performance instead of individual performances.

Zalmis have won a PSL final in 2017, while Gladiators have made it to the last round for the third time.