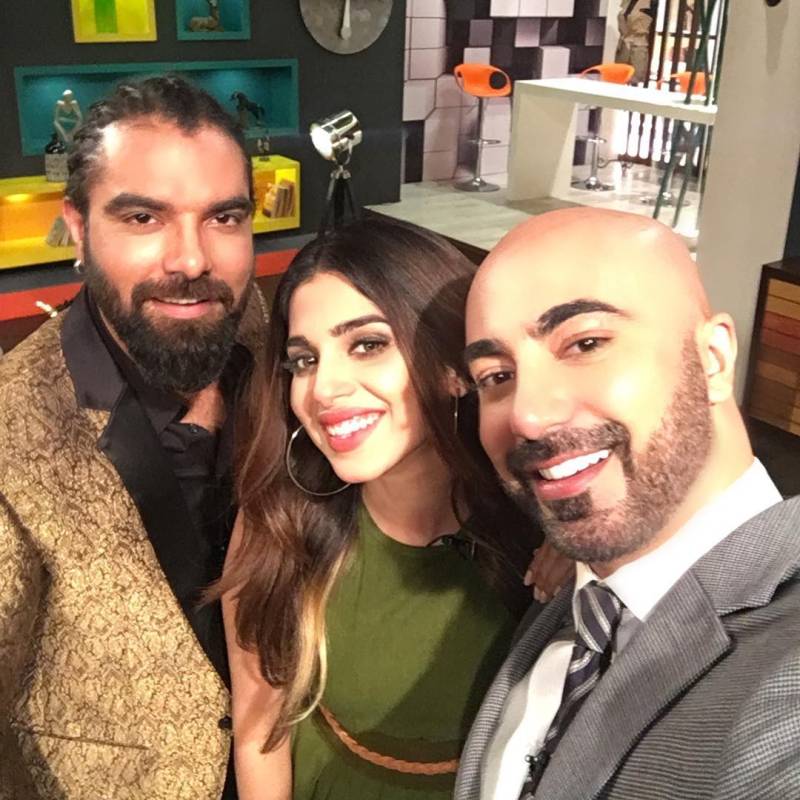 The latest season of 'Tonite with HSY' hosted by the dapper Hassan Sheheryar Yasin is definitely one to have your eyes glued to. From celebrity gossips to masala controversies and making headlines, the show has all the elements of a much sought-after show!

Ever since Yasir Hussain has been in the spotlight for the last couple of weeks for enticing debate from the audiences on a remark that he passed while hosting the Hum Awards 2017, HSY made it a point to grab the 'hue and cry' troublemaker along with model and actress Sonya Hussain to summon them as part of the show.

The two celebrities were asked to imitate and mimic some of Pakistan's finest and beloved actors such as Meera-Ji, Reema, Hamza Ali Abbasi, Sahir Lodhi etc, and this is how they nailed the show!

Yasir and Sonya could easily pass off as Reema and Meera with their stellar performances leaving you in fits of laughter! We must say that Yasir definitely has a knack for parodies, being absolutely flawless while taking a go at TV show host Amir Liaquat and even the illustrious Begum Nawazish Ali!