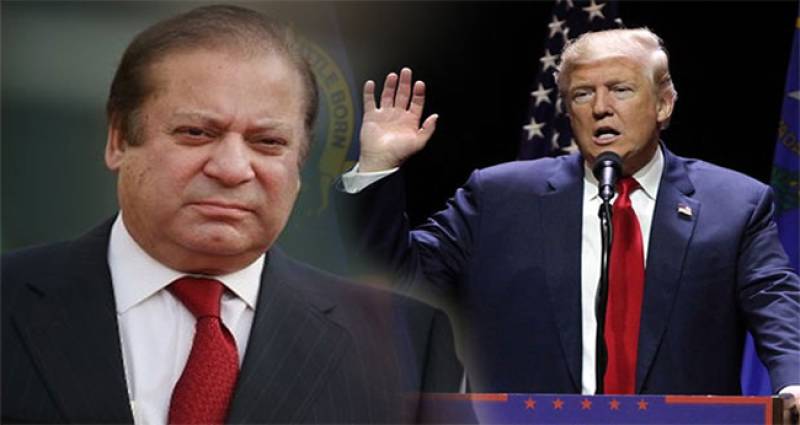 RIYADH - Prime Minister Nawaz Sharif is likely to hold his first-ever meeting with US president Donald Trump, this week.

Both the leaders would face off on May 21 at US-Arab Islamic summit where two dozen heads of governments and states would gather to focus on ways to enhance the cooperation between the American and the Muslim countries in fight against extremism.

Foreign Office officials confirmed to a leading daily that efforts were underway to arrange a maiden bilateral meeting between Trump and Nawaz at the sidelines of the summit.

A senior Pakistani official, who requested anonymity said the prime minister was already preparing a ‘brief’ for a possible interaction with the US president.

The official said the ‘brief’ includes the country’s position on Afghanistan’s current situation and the way forward and current tensions with India.

The likely interaction follows the prime minister's telephonic conversation with Trump weeks after he won the US presidential elections by a landslide majority.

That telephonic conversation made waves across the globe because of Trump’s unprecedented praise for Nawaz’s leadership as well as for Pakistan.

ISLAMABAD - Prime Minister Muhammad Nawaz Sharif telephoned US President-elect Donald Trump and felicitated him on his ...

Islamabad released a full transcript of the telephonic conversation in which Trump reportedly said he would love to come to “a fantastic country, a fantastic place of fantastic people.”

“Prime Minister Nawaz Sharif, you have a very good reputation. You are a terrific guy. You are doing amazing work which is visible in every way. I am looking forward to seeing you soon,” the statement quoted Trump as saying.

Trump also asked premier Nawaz Sharif to convey to the Pakistani people that they were amazing and all Pakistanis he had known were exceptional people.

WASHINGTON - In what appears to be an admission of defeat, the head of US intelligence agencies on Thursday expressed ...

The chances of this much sought after meeting are bright because the tycoon-turned-president is mulling a policy shift for Afghanistan. The latest intelligence report released last week portrayed a dark picture for Americans as it suggested that the situation in Afghanistan would deteriorate further.

“The political and security situation in Afghanistan will also almost certainly deteriorate through 2018, even with a modest increase in the military assistance by the US and its partners,” Director of National Intelligence Dan Coats said at a hearing of the Senate Intelligence Committee.

While presenting an annual assessment of threats to US national security, Coats told lawmakers that Afghanistan would struggle to curb its dependence on external support until it contains the insurgency or reaches a peace agreement with the Taliban who claim controlling around 34 districts.