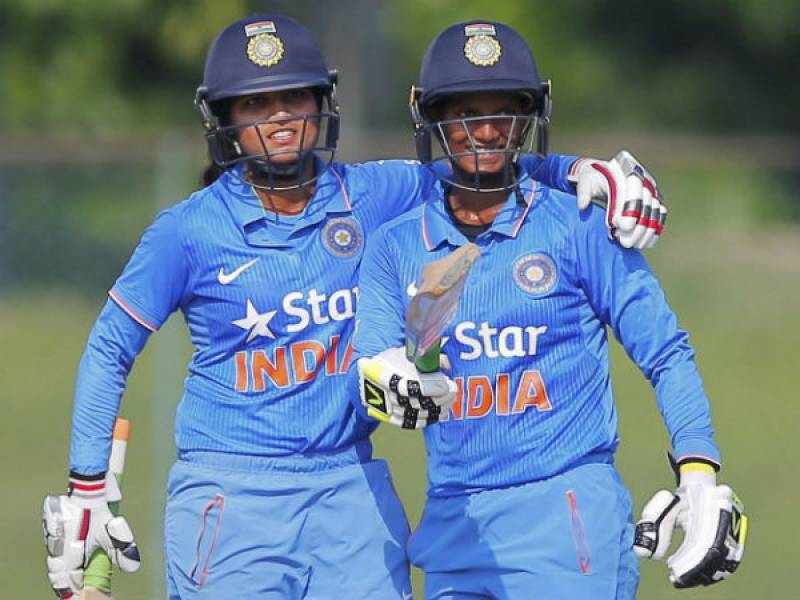 The mammoth stand was the best in women’s cricket and surpassed the men’s ODI record for an opening partnership of 286 between Sri Lanka’s Sanath Jayasuriya and Upul Tharanga against England in 2006.

The match, part of a four-nation series in Potchesfroom, South Africa, saw the first 300-plus stand in a women’s ODI.

The previous best was 268 between England’s Sarah Taylor and Caroline Atkins against South Africa in 2008.

Sharma’s knock was the India’s highest in women’s cricket and second only to Australian Belinda Clark’s 229 not out on the all-time list.

The record ODI stand for any wicket is held by the West Indian pair Chris Gayle and Marlon Samuels who put on 372 for the second wicket in a World Cup match against Zimbabwe at Canberra in 2015.

With four wins from four matches, India are the only unbeaten side in the tournament with wins over South Africa, Ireland (twice) and Zimbabwe.

Mithali Raj-led India are on a 16-match winning streak and one win away from equalling Australia’s record of 17 consecutive ODI wins.