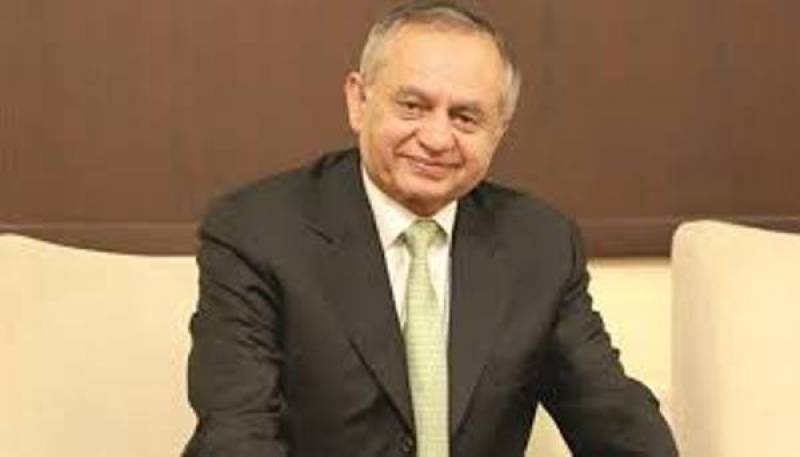 ISLAMABAD - Prime Minister’s adviser on Commerce and Investment Abdul Razak Dawood on Saturday said that Pakistan had attained huge space in the global rice market for exporting local rice in potential markets of the Middle East, North America and African regions to achieve the target of increasing the agricultural exports.

He said the government intended to take the exports to the highest level ever and for that purpose, it was taking different measures to reclaim traditional markets besides accessing new ones.

Talking to the APP here, he informed that rice delegation from Mexico would hopefully arrive to Pakistan in June to appraise various rice exporters for giving them permission for exporting rice to Mexico.

The adviser said all members of the Rice Exports Association Pakistan (REAP) should prepare themselves for this opportunity from visiting delegation of Mexico so that maximum members get order approval in their market.

He said that during the past few years, local rice export to Mexico had been held up for some time and after this “I hope that our rice will be able to enter in the Mexican market.”

Razak Dawood said that rice was the largest agro-export commodity in the country’s export basket with a total volume of over $2 billion, which would be increased to $5 billion in the next five years.

He demanded of the local rice exporters to introduce new varieties of rice to enhance production and quality by investing in research and development.

Replying to a question, he said that even in a current critical situation, the country’s exports increased in food, including meat, poultry, fruits and vegetable, cigarettes especially in the Middle Eastern Market as compared to the same period of the previous year.

Replying to another question, he stressed the need for making preparations to exploit the economic and trade opportunities expected in the wake of the post-COVID-19 pandemic.

He said the pandemic would bring a paradigm shift, hence create great opportunities adding the coronavirus had changed the world and now the business processes would be completely different.

“Such a difficult period always brings out new opportunities, new products, and new ways of thinking,” he opined.

Razak Dawood said the government was equally focusing on all sectors of the economy including textile, non-textile, and agriculture and engineering sectors to build the export potential of the country in the coming months.

Talking about the external trade situation during the past three months, he said the situation of exports was not good as those had declined in April 2020 by around 54 percent as compared to the same month of last year and the reason obviously behind the decline was the spread of coronavirus across the world.

Replying to another question, he informed that in the last 10 months (July-April) of the current fiscal year 2019-20, the overall exports were declined by four percent as compared to the corresponding period of last year.

He said the exports increased by 13 percent in February, however, they started reducing from March which had declined the exports by 6.5 percent as compared to the last year.

However, he said even during the current lockdown situation, at the beginning of COVID- 19 pandemics, Pakistan exported textile and non-textile products while the country’s food exports increased especially in the Middle Eastern market.

Likewise, exports in steel articles also increased in the last three months in a critical situation.

Razak Dawood said the government was prioritizing to promote ‘Made in Pakistan’ policy to boost local production and reduce dependence on imports and enhance exports.

While the adviser emphasized the need for exploiting the huge opportunities of increasing exports in the health and safety products like personal protective equipment (PPE) including protective masks, gloves, sanitizers, clothing, helmets, goggles and other garments or equipment designed for protection from COVID -19.

He said a summary in that regard had already been forwarded to the cabinet, while the ministry was also negotiating the future strategy for increasing the exports to help export-led economic growth.

“We should conclude to us all strategy and start manufacturing in different sectors to achieve our export targets,” he added.