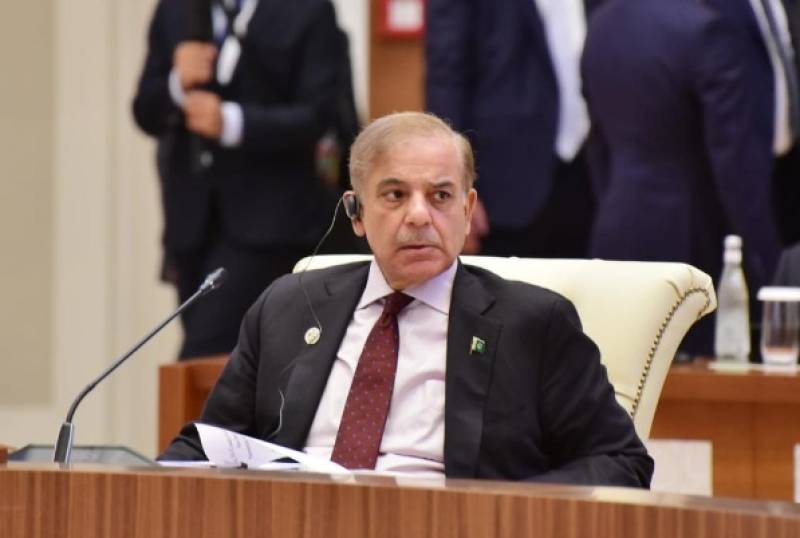 SAMARKAND – Prime Minister Shehbaz Sharif said that peace in Afghanistan, where the Taliban formed government last year after toppling West-backed set up, will not only ensure peace in Pakistan but will also have positive impact on the regional development.

The Pakistani premier expressed his views while addressing the annual meeting of the Council of Heads of State of the Shanghai Cooperation Organization (CHS-SCO) in Uzbekistan’s capital city of Samarkand.

Heads of states from China, Pakistan, India, Kazakhstan, Kyrgyzstan, Russia, Tajikistan and Uzbekistan gathered in Samarkand to attend a summit of the central Asian security body, formed by Beijing and Moscow to counter US influence.

PM Shehbaz urged the SCO member states to play their role to bring peace in Afghanistan as regional development is connected to it.

He also briefed the participants of the meeting about catastrophic situation being faced by Pakistan due to flash floods and abnormal monsoon rains triggered by climate change.

The flash floods have sunk nearly one third portion of the country underwater, washing away thousands of homes, crops and livelihood of people, besides killing over 1,500 people since mid-June.

The prime minister asked the world to come forward to help Pakistan in rehabilitation of the flood victims. He also urged them to take immediate measures against climate change.

"The devastating floods in Pakistan are most definitely climate change-induced. It is the result of climate change, cloud outbursts, and unprecedented rains, combined with hill torrents coming down. All this put together makes Pakistan look like a sea of water," he said.

ISLAMABAD – Prime Minister Shehbaz Sharif said on Thursday that an environment of “mutual respect and ...