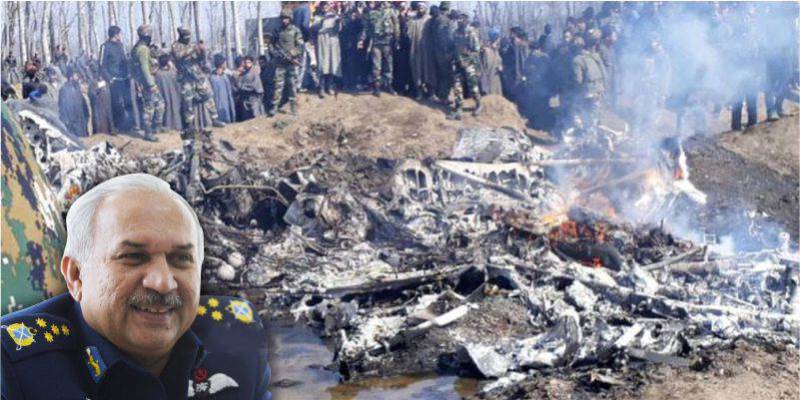 ‏In an interview with Asian Military Review’s Alan Warnes, who has been a regular visitor to the Pakistan Air Force (PAF) since 2001, the ACS confirmed the Su-30MKI kill in addition to the MiG-21 Bison.

Alan, who has written two books on the PAF, took to Twitter to quote Pakistan’s air chief as saying that the Mi-17 helicopter of Indian Air Force (IAF) was shot down by its own side possibly by a MiG-21, in a ‘red on red’ incident.

The CAS confirmed the Su-30MKI kill in addition to the MiG-21 Bison. Also added that the IAF Mi-17 that was lost was shot down by its own side possibly by a MiG-21, in a ‘red on red’ incident. He reiterated that no PAF F-16 pwas lost.

ACM Khan also reiterated that no Pakistan’s F-16 was lost in the dogfight between two air forces on February 27, as claimed by Indian side.

This is the first time the PAF chief has confirmed downing the Russian made aircraft used by Indian air force.

His interview comes a week after US officials said that they have counted the number of Pakistan Air Force F-16s in service and can say that none were lost to the Indian Air Force on Feb 27 this year.

After the Pulwama suicide bombing by a young Muslim man born and bred in India-held Kashmir killed at least 40 paramilitary personnel on Feb 14 last and a claim of responsibility was purportedly made by the Pakistan-based Jaish-e-Mohammad, India launched punitive air strikes against a JeM target, a religious seminary, in the northern Khyber Pakhtunkhwa province on Feb 26.

While the Indian side claims to have inflicted heavy loss of life, killing up to 300 fighters belonging to JeM, Pakistan denied the claim, saying that the IAF warplanes were forced to drop their payload when confronted by Pakistani interceptors and only damaged some trees.

However, Pakistan appeared determined to answer in kind to a violation of its airspace and sovereignty by its eastern neighbour and the very next day avowedly first locked on to Indian military and administration targets before firing on uninhabited ground in the Indian Held Kashmir (IHK).

At some point during this operation, IAF planes that were also airborne, flew across the Line of Control towards Pakistan and were engaged by the PAF which claimed shooting down both. 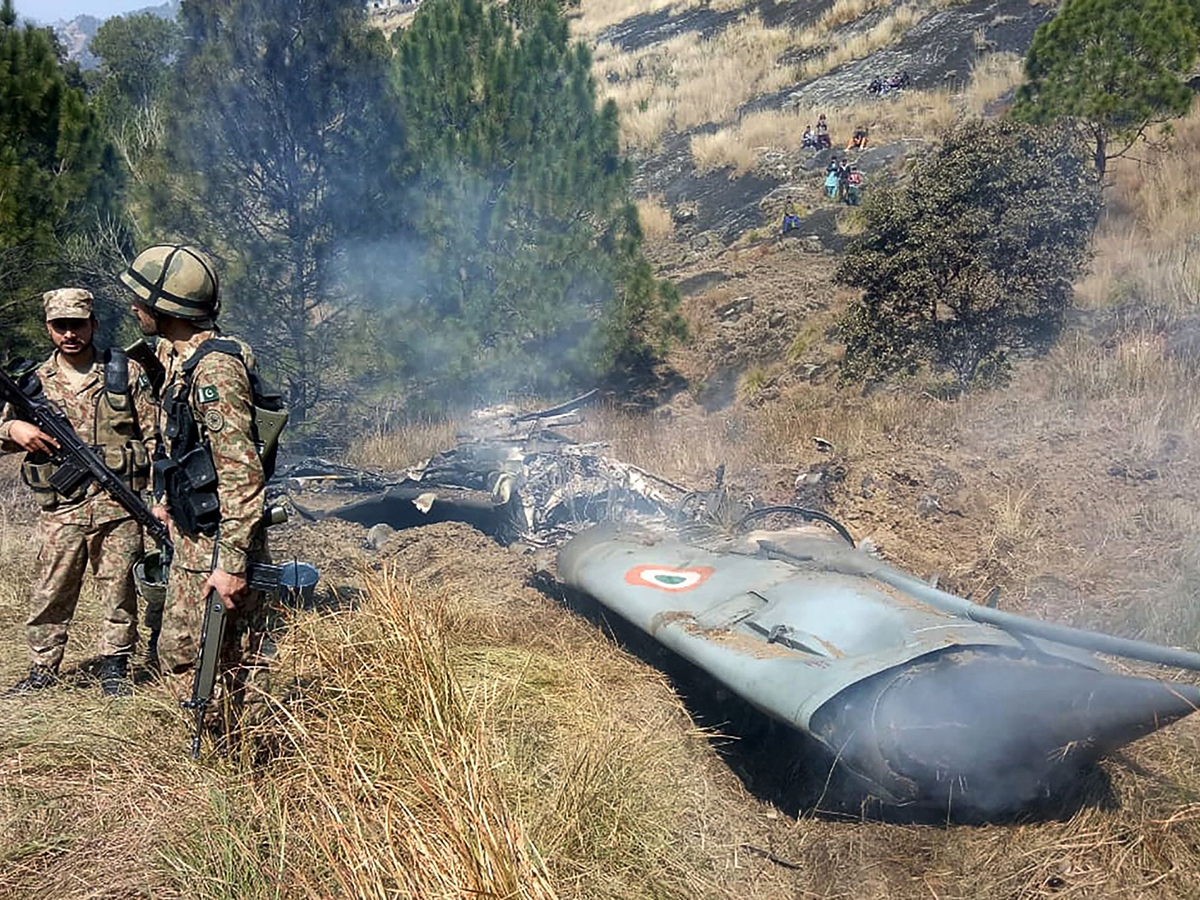 One downing of a MiG-21 Bison was verified as its wreckage was found on the Pakistan side and its pilot IAF Wing Commander Abhinandan Varthaman was captured after he ejected over Azad Kashmir. Pakistan’s military spokesman suggested that the other plane possibly a SU-30 fell on the Indian side.

Some 60 hours after the Indian wing commander was handed back to India, sections of their media started to claim that before being hit himself the Indian flier had also shot down a PAF F-16, a claim contemptuously dismissed by Pakistan.

But more than the Indian authorities, sections of the Indian media continue to propagate the myth that indeed a Pakistani F-16 had been downed.

The Indian media also tried its best to play down the crash of an IAF Mi-17 helicopter that claimed the lives of seven servicemen. 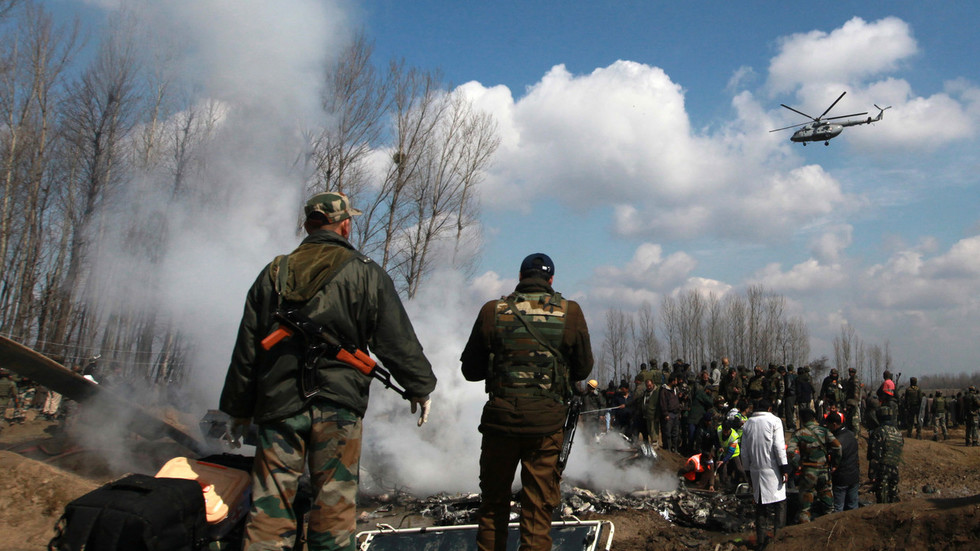 While the crash, on the same day as the dogfight between Pakistani and Indian jets on Feb 27, had been initially blamed on an unknown technical fault, subsequent investigations which got only low-key coverage by very few in the media, suggested it may have been downed by a missile mistakenly by the Indians themselves.

Lara Seligman, the Foreign Policy’s correspondent for Pentagon, suggests in her piece that Wing Commander Vartharam might have locked on his weapons on a PAF F-16 and genuinely believed he’d scored a hit but it was not the case as the US count has now established.

Mr Warnes, following the interview with CAS Mujahid Anwar Khan, also revealed that the PAF is set to receive a batch of Egyptian Air Force Mirage Vs over the coming months.

The PAF is set to receive a batch of Egyptian Air Force Mirage Vs over the coming months. It’s a deal that has been under negotiation for a couple of years now. But has now been sealed. The bulk will be used to support current fleet but we could see some becoming operational too.

"It’s a deal that has been under negotiation for a couple of years now. But has now been sealed. The bulk will be used to support current fleet but we could see some becoming operational too," he said in his tweet.