Teenage becomes a millionaire while working at McDonalds 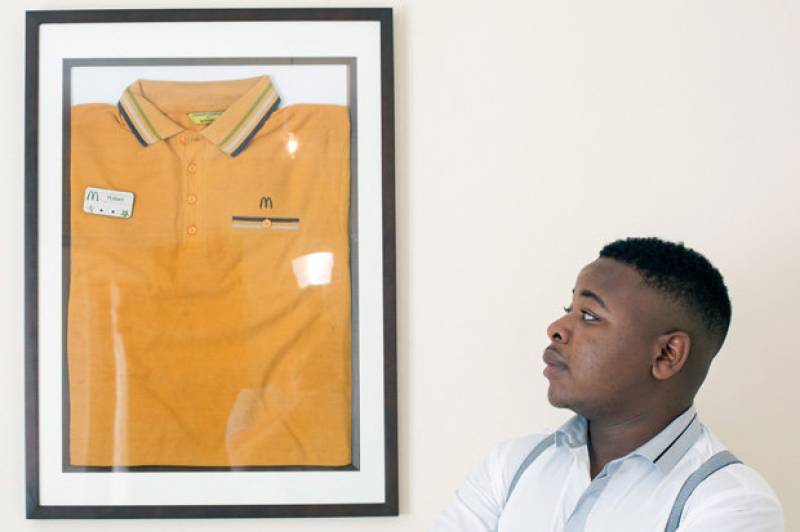 When Robert Mfune turned 16, he began two low maintenance employments while he was still at school. The adolescent split his time between working at McDonald's and getting tea for binary traders at a money firm.

Yet, as he started picking up tricks of the trade, Robert chose to begin fiddling with binary trading himself while still working at the fast-food joint.

When Robert passed his A-Levels with AAB grades, he was a Bentley-owning mogul who had just barely packed in serving Big Macs.

Robert said: "When I was a tea boy I got to learn a few things as I was always with well informed people, from the things I learnt I went home and did my own research.

"It was a part time job, but I always see everything I do as an opportunity to keep learning.

"When I was 17 I set up my own account under my mum's name because of regulation purposes.

"It got to the point where she said 'you have got to stop doing this' so I went back to the drawing board.

"I met a guy who knew what he was doing, became mates with him and then as soon as I turned 18, he helped me start a trading account under my own name."

The young man began making (and losing) huge cash online as a binary trader under his mum's name.

In any case, since hanging up his McDonald's uniform for good, he's developed a property portfolio including coffeehouses and houses in England and his nation of origin of South Africa.

The teen mogul, who moved to Southampton as a 12-year-old with his mum in 2009, additionally oversees grime craftsmen such as a current rising star, Novelist.

Robert was stunned when he opened his A-level results since he had such a great amount on his plate at the time.

He explained: "Going to college, working at McDonald's and as a tea boy and trading from home was the toughest time of my life.

"It's just like going to uni with the fees you pay and loans you take out, if you're going to make it big you've got to suffer for a few years."

At only 19 years old, Robert has purchased his mum a house and a car – yet she's not exactly awed with his most recent "flashy" customization to the £250,000 driveway. 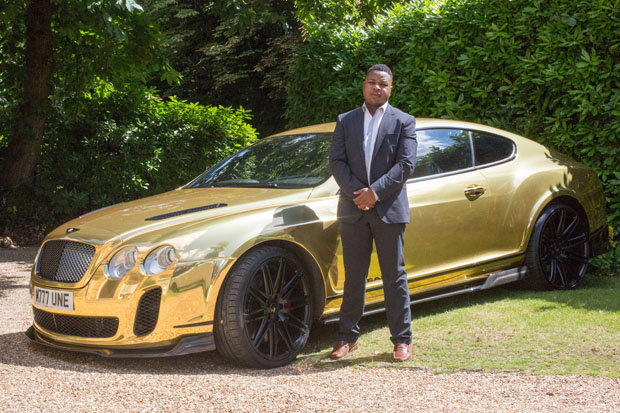 Robert said: "When I was 18, I got a Bentley but when I was 19 I decided to get it wrapped in a gold body kit. I was going to get a different car every year, but I thought why not just change my Bentley.

"I sent it to Kream Developments who gave it a custom body kit and wrapped it in gold. No-one has got this, it's the only one in the country."

Robert's mum Susan said: "I'm very proud of my son. I don't like his new car though.

"It's too flashy, maybe I'm old fashioned, but I just thought why would you paint it gold? The silver was already good. But if it was me, I wouldn't buy it."

The petrolhead has splashed out £250,000 on his car collection, including a Bentley mainland GT, Range Rover and VW polo.

Be that as it may, Robert maintains that he's not materialistic.

He said: “It's fun, it's nice to have nice cars, but I don't value them as much as people who see me driving a gold car, it's just a bonus, I'm more about family, friendship and love.

"My goal is to make is to make people happy. I'd like to make sure everyone has got what they need and that's me done.

"Then one day I can retire into the caves, build a house in the caves or something. Once that's done, then I think I've achieved my purpose.

"So far, I've bought my mum a car because I didn't want people seeing my mum getting a bus when I'm earning a good amount.

"Then the next step was to get her a nice place so I bought her a house." Despite his business success, Robert has had to deal with haters too.

He added: "I have friends from school who treat me differently because of something material and now want to be my friend.

"Now that I've got this though, I've got a completely different group of friends.

"The people who used to see me at the bottom are the same people who are seeing me at the top so of course they're going to change.

"I get haters as well. I had one guy who wound down his window and made a rude gesture – but I would do the same if I was in his position because why would you drive a gold car?"