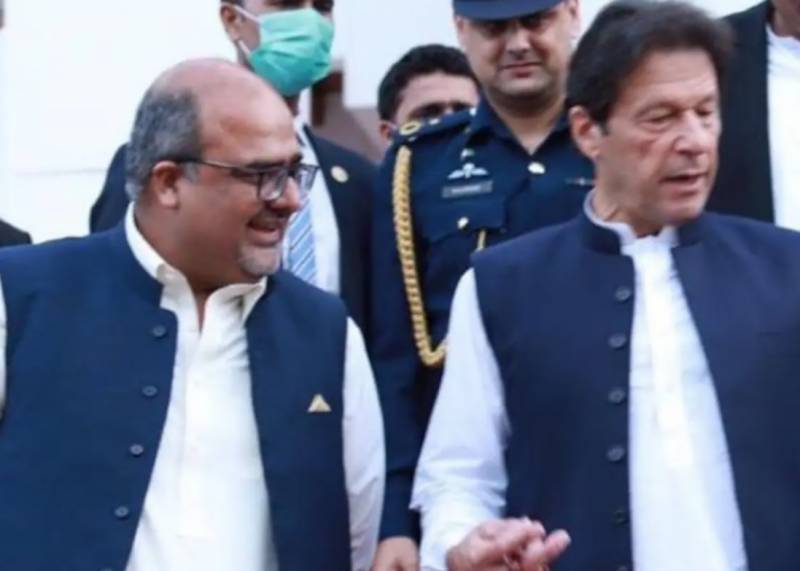 ISLAMABAD – Former prime minister Imran Khan’s special assistant and head of Asset Recovery Unit, Shahzad Akbar has been placed on the Exit Control List (ECL) for his alleged involvement in a financial scam.

The federal cabinet in a meeting, chaired by Prime Minister Shehbaz Sharif on Tuesday, gave a go-ahead to place the names of ten people on the no-fly list.

Furthermore, the cabinet has removed names of 22 persons from the list and while three people have been given one-time permission to travel abroad, said an official statement while the names of the persons have not been revealed.

The name of Akbar, who led the accountability drive in PTI’s government, has been added to the no-fly list at the request of the National Accountability Bureau (NAB).

Akbar is currently in London as he flew out of Pakistan on April 17 after the Islamabad High Court suspended FIA orders placing his name on the stop list.

Meanwhile, the federal cabinet approved the formation of a cabinet committee to give recommendations on short, medium, and long term projects to tackle the growing effects of climate change. The committee will be headed by the climate change minister.

Speaking on the occasion, the premier said that the stakes for affirmative action could not be higher for us, as Pakistan is among the top ten countries exposed to climate change.

He said the challenges are massive and require urgent attention.

The Prime Minister said gone are the days when climate change was the subject of drawing room discussions as it is affecting our everyday life.