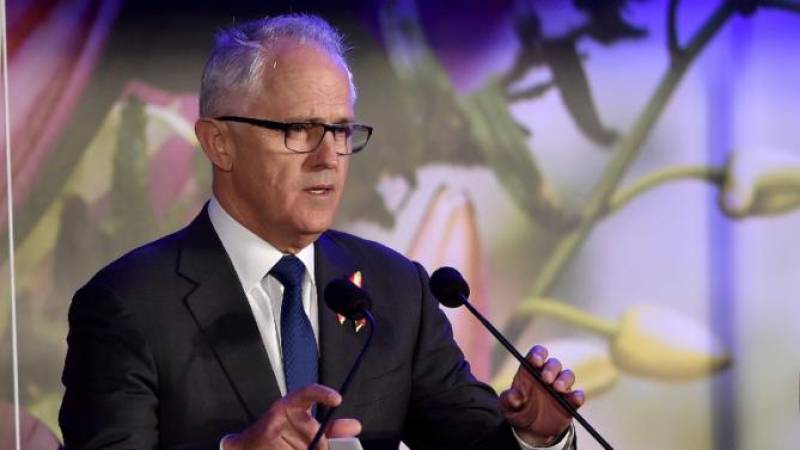 BAGHDAD (APP) - Australian Prime Minister Malcom Turnbull made an unannounced visit to Baghdad Saturday and held talks with his Iraqi counterpart on the fight against the Islamic State group, the premier's office said.

Australia is part of a US-led coalition carrying out air strikes against IS and providing training to Iraqi forces.

Iraqi Prime Minister Haider al-Abadi's office said he and Turnbull discussed the war against IS, strengthening relations between the two countries as well as economic and agricultural cooperation.

Abadi welcomed Australia's support against IS, his office said. Australia has carried out strikes against IS and deployed trainers to Iraq, but this week rejected a request from US Defence Secretary Ashton Carter for further contributions, saying current efforts are sufficient and will continue.

Turnbull is travelling to Washington for a two-day visit beginning Monday that will include a major foreign policy address and meeting with US President Barack Obama.

Talks are likely on the fight against IS and ratification of the 12-nation trans-Pacific trade deal.

Canberra has been increasingly concerned about the flow of fighters to Iraq and Syria to join extremist groups including IS.