Muslims around the world have welcomed Lindsay Lohan to Islam, after her Insta update of 'Alaikum Salam' 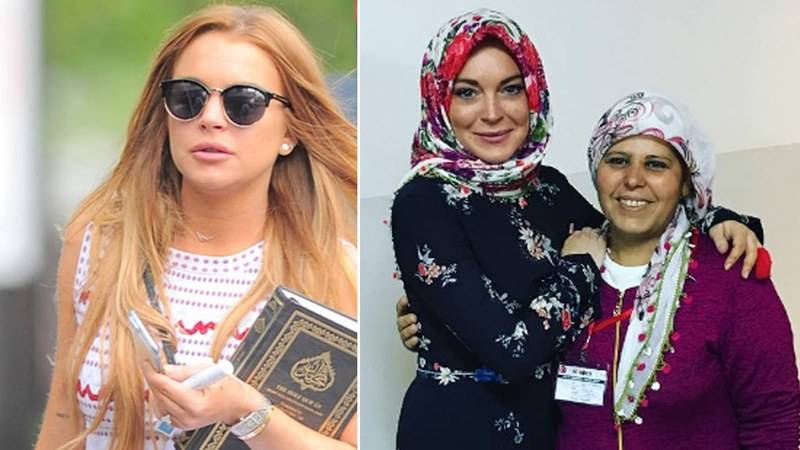 Lindsay has been dropping hints about converting to Islam ever since her picture holding the Qur'an became the talk of Hollywood.

The latest news is that Lindsay has been believed to be a convert to Islam, and Muslims from around the world have flooded her Twitter with congratulations and welcoming tweets.

Lindsay cleaned two of her social media accounts and posted 'Alaikum Salam' on her Instagram, which was widely interpreted as a sign of her conversion to Islam.

In 2015, she had faced a backlash in the US after she was photographed with a Qur'an in her hands in New York, reportedly.

“They crucified me for it in America, they made me seem like Satan. I was a BAD person for holding that Quran,” said Lohan.