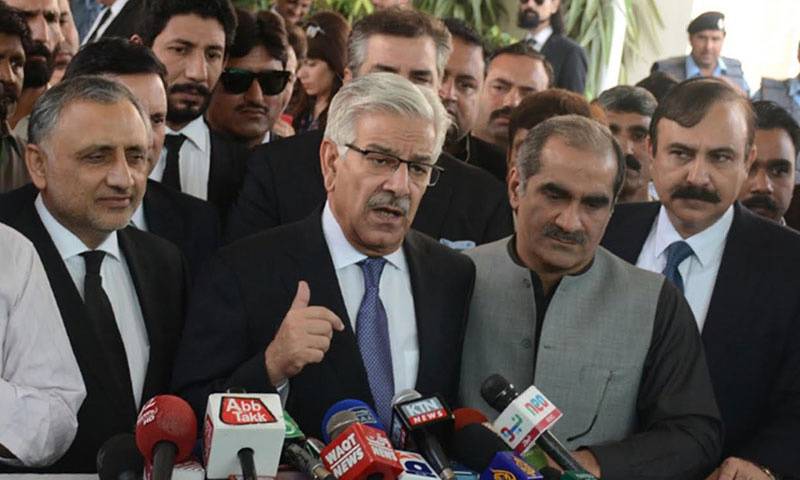 Both the Pml-N leaders looked aggressive in their tone and lambasted PTI supremo over the former's alleged U-turns.

Defence minister Khawaja Asif expressed that the case which was built on newspaper clippings seems to be falling down.

“Now the remaining political career of Khan will not last,” he said adding that Nawaz Sharif would become prime minister for the fourth time as well citing victory in upcoming 2018 elections.

On the other hand Minister for Railways, Khawaja Saad Rafiq took aim at Imran Khan and maintained that Khan had taken infinite u-turns during his political stint.

'Imran should be ashamed of himself as he is trying to pressurise the sub judice Panama case' Saad Rafiq said adding that those who raised voice against offshore companies had their own offshore company.

Khawaja went on and took a potshot at Imran Khan by expressing that the articles 62 and 63 should be enforced on those having property and children as 'Benami'.

'Imran is doing politics over Panama issue and he is gearing up for 2018 elections' added Khawaja Saad Rafiq.