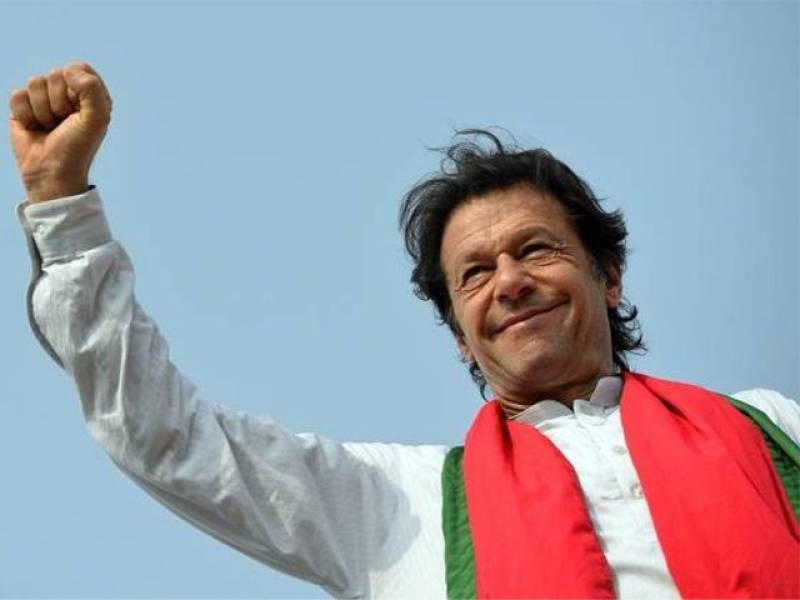 LAHORE – Pakistan is all set to mark the historic second consecutive democratic transition of power in the upcoming general elections to be held on July 25.

Amid claims of clinching victory by all major political parties in the polls, a research conducted by AKD Securities Limited gave a snapshot of results showing which political party could make next government in the country.

The survey forecasts Pakistan Tehreek-e-Insaf’s major lead over all other parties, including Pakistan Muslim League-Nawaz (PML-N) and Pakistan Peoples Party (PPP). The recent study indicates the Imran Khan-led party would bag 99 seats of the National Assembly, while the PML-N is expected to win 72 lower house seats.

It adds, “Filters through litigation against graft as well as weak performance and media trials over the past year have polarized the political landscape ahead of the 2018 General Elections”.

Predicting hung parliament, it said: “Our constituency-wise mapping exercise which involved visiting districts in Punjab and speaking with political observers as well as members of prominent families/tribes in other provinces to measure sentiment (supported by our statistical seat prediction model and Monte Carlo simulations) shows that no single party is likely to win an absolute majority to form Government at the center”.

In this situation, the PTI would make a coalition government with support from national parties along with independents or join hands with PPP to lead the government in the centre, the survey company said, adding, “PML-N leads the coalition with support from PPPP considering they could bond together under a common persecution theme along with provincial parties and independents”.

Without a clear majority, PML-N would also need able coalition partners (seat adjustments likely with PPPP, MMA, MQM, PSP and others) to form the government at the center, a scenario which appears to be less likely based on the dilution of its vote bank in northern & southern Punjab, in our view.

Unfolding the expected province-wise results, the opinion polls predict, "In Punjab, we see the Shahbaz Sharif led PMLN and Khan’s PTI in a photo finish race in Punjab with our three-pronged approach (constituency mapping, Seat Prediction Model and Monte Carlo Simulation exercise) showing the PML-N to secure 66 NA seats (47% of the province representation), followed by PTI with 64 NA seats". 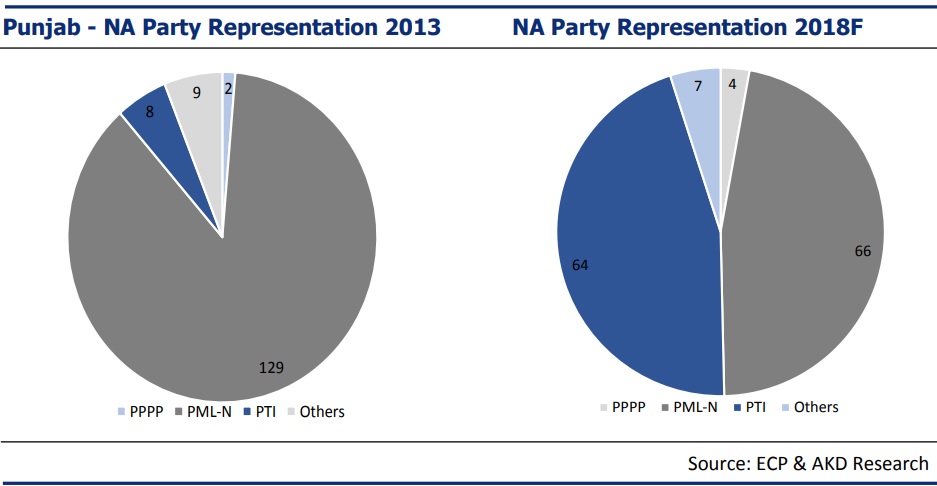 In Sindh, the PPPP would retain its dominance by securing 30 NA seats supported by wider candidacy and visibility of electables i.e. limitation of candidate options outside urban Sindh (vs. 32 NA seats in the 2013 election) while the MQM-P is expected to lose key urban seats to PSP (former members with electability of unified MQM ), PTI and the PPPP in Karachi and its urban districts taking its total expected NA seat representation to 13 across the province of Sindh. 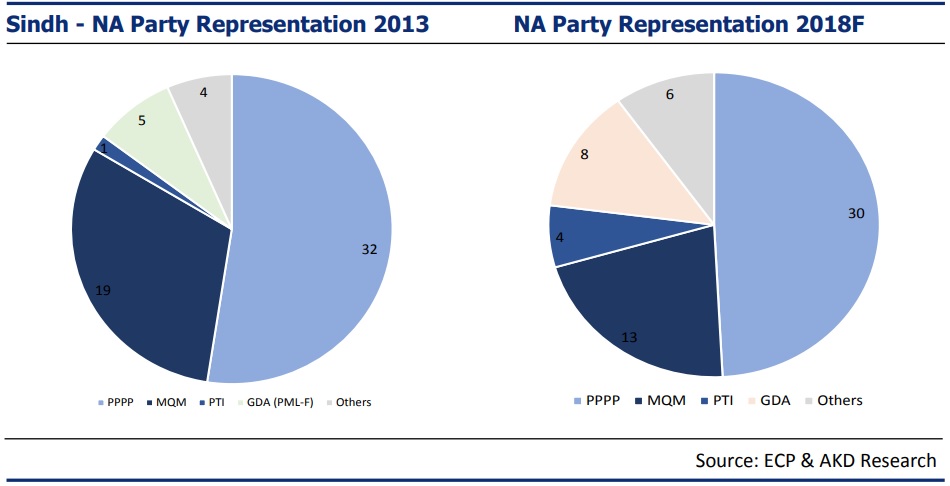 In Khyber Pakhtunkhwa, the PTI expected to be voted back into power with 24 lower house seats as compared to 17 in 2013.

Moreover, the recent delimitation exercise – adding four more NA constituencies to the KPK province – is a significant positive for PTI as the newly added constituencies are under PTI strong-hold areas further adding to likely re-election of PTI from KPK.

That said, the coalition of religious parties (JI & JUI-F) in the garb of the revived MMA (ruled KPK from

2002-08 under the Musharraf regime) could get eight seats. 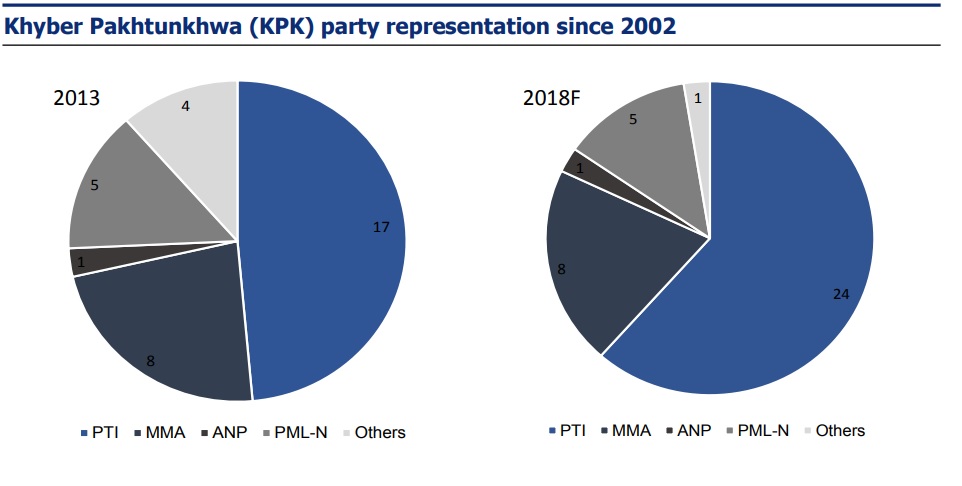 Historically, there have not been many instances where a single party has been able to represent Balochistan on a national level adding to the lack of political identity of the province. Political participation has been minimal with economic and social issues of the province undermined by decades of ethnic and sectarian violence.