Worst news on the internet today: Politically driven supporters rammed a car into a donkey but why? 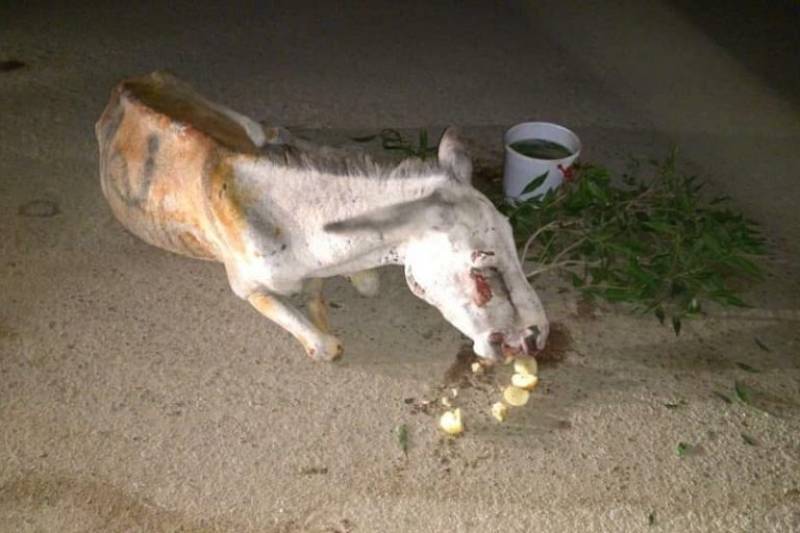 LAHORE - Politics have made us all blind to hatred, love, sympathy and all those feelings that people encounter on a daily basis when they are living life free of a political agenda. This incident of a donkey being beaten to almost death could easily considered to be a lie since there is never ever anything certain when it comes to rumours haters make about the other party in question. However, we froze in fear when we saw the actual pictures of a bay-zabaan sitting in endless pain, trying to make sense of what evil presence had tortured him, without any fear of accountability here or in the hereafter.

Our awaam sickens one another to the core and then demands justice? A generation that cannot differentiate between a donkey and a human being, cannot possibly differentiate between two leaders too if it is seen from that angle. How can they choose wisely when they cannot choose where their energy should be used? Rather than beating up a donkey for having "PML-N" written on it, the same energy could have been channelized trying to shelter the same poor animal if they really wanted their party's name to be seen in good light. Yes, PTI supporters simply tortured the animal because of the opponent party's name was written on it. Well, breaking news, donkeys cannot vote!

From children to animals, no one is free of the frustration when it comes to being punchbags of the supporters who are willing to kill each other for one pat on the back by their leaders.

Leaders, please speak wisely and refrain from name calling since your followers take each and every word in it's literal sense.

However the damage is done now, far badly than we could imagine. The people who rescued the animal reported:

“The Wound near his rear was an old abscess which burst probably when he collapsed. His nostrils have been ripped apart and his face was bleeding from all the wounds. He is not eating much and his body is still stiff yet shaking in fear. His wounds have been cleaned and he has been given pain killers. The girls at the shelter are sitting with him, hugging him, crying with him. He winces at any touch because he thinks each one will hurt"

With the upcoming elections looming upon us, no one is spared from the wrath of this time...not even the most helpless of animals. This is a hate crime. A #donkey beaten to pulp, punched in the face and abdomen several times, nose broken, kicked all ove.. https://t.co/OIKM2oRSuu pic.twitter.com/it2Fgct9DT