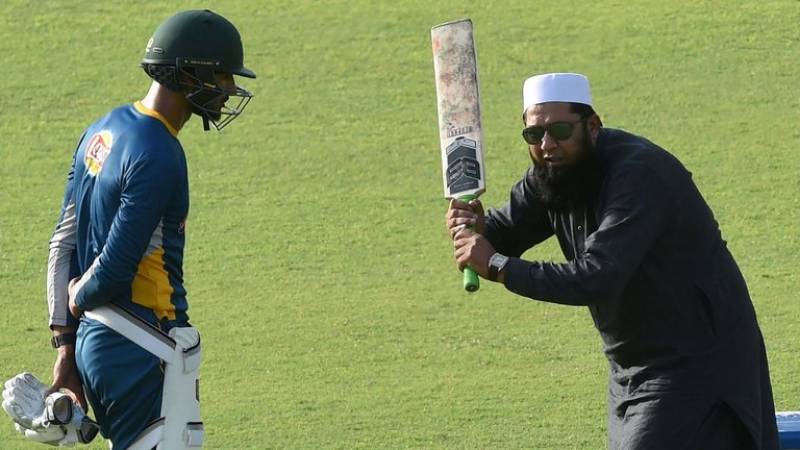 ISLAMABAD - A professional cricketer from Nepal lavished praise on Pakistan's Chief Selector, Inzamam ul Haq for being too humane in his conduct.

Sandeep Lamichhane took to twitter on Wednesday and shared a photo showing him and the former Pakistani skipper.

The cricketer expressed that in his first interaction with 'Inzi' during Pakistan Super League 2019, the former cricketer came out of his cart and hugged him.

Branding Inzamam as a 'legend', Lamichhane stated that the Pakistani cricketer asked him about his family and his country.

I met @Inzamam08 for the first time during the #PSL2019 with my brother @TalhaAisham. As I approached him, he came out of his car, hugged me & asked about my family, cricket and Nepal. A true legend who showed love and respect to a kid. #ThankYouInzamam #RiseAndRise #Legend pic.twitter.com/NKjbbQ4ByW

A true legend who showed love and respect to a kid, stated the Nepalese cricketer; the tweet came on the day Inzama Ul Haq announced to step down from the post of Pakistan Cricket Board (PCB)’s chief selector.

“I realised that I did all I could and will resign after my tenure is up at the end of the month,” Haq said while addressing the conference at the Gaddafi Stadium in Lahore.

“I think it is time to step down, I will complete my term that ends on July 30,” said Inzamam.