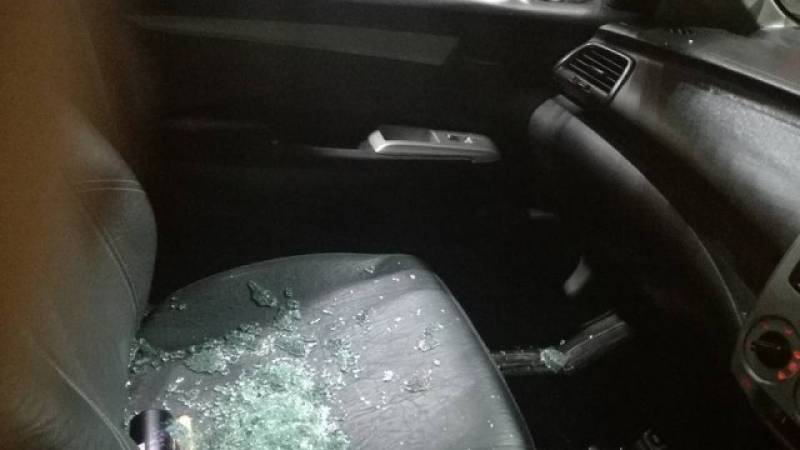 SUKKUR – A pack of more than a dozen unidentified gunmen injured two in an ambush on multiple vehicles traveling on the Motorway 5, police said Saturday.

Reports in local media quoting sources claimed an armed robber’s gang opened fire on passenger vehicles on two spots in a bid to loot them near the Ronti area of Ghotki.

In what appears to be yet another incident on a major highway where authorities seemed to have failed to protect the citizens, two people have been injured while others escaped the deadly attack.

Later, law enforcers took to the targeted area while the injured were shifted to Ghotki Tehsil Hospital for medical assistance.

Local law enforcers also claimed that the recent attack is retaliation from the gang in response to the ongoing police operation in the Kacha area of Ghotki.

Meanwhile, the survivor also shared the clip of a damaged vehicle on social media. Gunshots can be seen all over the vehicle in the clip which has alarmed many of the motorways users. The damaged vehicles include a mini truck, a jeep, and a sedan car.

ISLAMABAD – A case has been registered against two constables of Punjab Police over their alleged involvement in ...