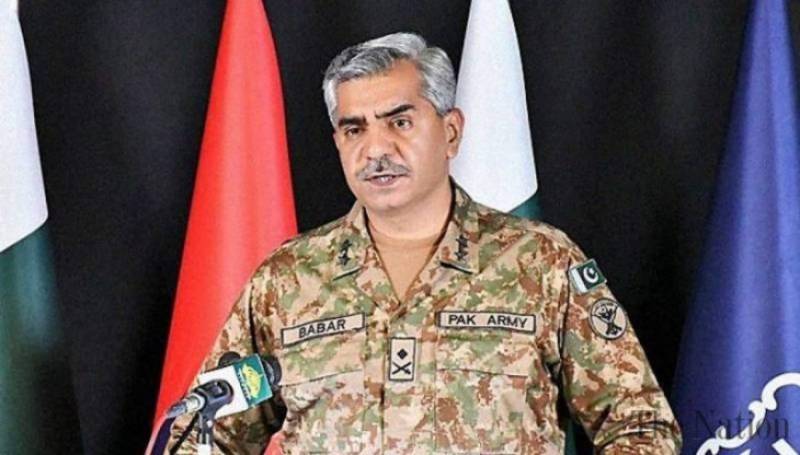 RAWALPINDI – Director General of Inter-Services Public Relation (ISPR) Major General Babar Iftikhar said on Saturday that Pakistan is minutely observing the situation in Afghanistan and ready to cope with the challenges arising out of the pull-out of foreign troops in the neighbouring country.

The military spokesperson in a statement said that Pakistan is playing a constructive role in the Afghan peace process and stable Afghanistan is in the interest of Islamabad as well region.

Saying India poses a great threat to the Afghan process, Maj Gen Babar said that Pakistan is only a facilitator and not the guarantor of peace in the neighbouring country.

Intensifying violence in Afghanistan could reactivate sleeper cells of terrorists and anti-Pakistan agencies in the country, he said, adding: “We have already initiated efforts for our stability as fencing on the border with Afghanistan has been completed by 90% and border with Iran is also being fenced”.

“We have enhanced the capacity of FC. Pakistan Army is providing training to police and Levies forces in tribal districts,” he highlighted.

He said that 40 terrorists had been killed in the tribal districts, adding: “Our troops also sacrificed their lives in the operation”.

Pakistan Army is ready to face any kind of challenge, the DG ISPR said, adding: “We have eliminated all no-go areas in the country”.

The Pakistan Army spokesperson said that India made gigantic investments in Afghanistan with an ill intention of damaging Pakistan.

Terming India as the great spoiler in the Afghan process, he said that now Delhi’s frustration is evident in the prevailing situation in Afghanistan.