Top spymaster says not supporting any faction in the neighbouring country 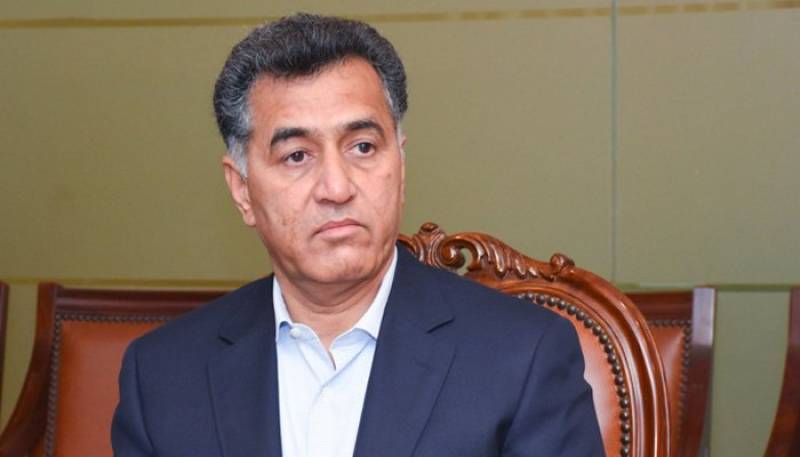 The top spymaster stated this while talking to a Pakistani private news channel in Tashkent where he is attending the Central and South Asia Conference 2021 along with Prime Minister Imran Khan, who is visiting Uzbekistan on two-day long visit.

Ghani, during his address at the conference, leveled baseless allegations against Pakistan and claimed that 10,000 fighters had crossed over into Afghanistan from the neighbouring country.

In fact, the DG ISI responded, infiltration was being made from Afghanistan.

"Pakistan desires peace in the neighbouring country as a durable peace Afghanistan is in the interest of the region," he said. "We do not support any faction in Afghanistan,” he added.

In a statement, he said that the Pakistan Air Force never communicated anything to the Afghan Air Force.

Giving the background of the situation, the Spokesperson said the Afghan side conveyed to Pakistan the intention of carrying out air operations inside its territory opposite the Chaman Sector of Pakistan.

He said Pakistan responded positively to the Afghan government’s right to act in its territory. In spite of very close border operations normally not acceded to by internationally accepted norms and standards, Pakistan took necessary measures within its territory to safeguard its own troops and population.

The spokesperson said Pakistan remains committed to peace in Afghanistan and shall continue its endeavors towards this end irrespective of the detractors.

Zahid Hafeez Chaudhri said it is however important that at this critical juncture, all energies are focused on achieving an inclusive, broad based and comprehensive political settlement in Afghanistan.

Earlier, the Afghan vice president accused the PAF of warning Afghan security forces that it would retaliate against any move to dislodge Taliban fighters in the strategic border region of Spin Boldak.

Prime Minister Imran Khan expressed disappointment over the allegations against Pakistan from the Afghan side. He said to blame Pakistan for what is happening in Afghanistan is extremely unfair.

He expressed these views while addressing the conference in Tashkent on Friday.

He said that regional peace and stability is vital for enhanced trade and economic cooperation in the region.

The prime minister said the Afghan situation and unresolved disputes are the key challenges to peace and stability in the region.

Imran Khan said Pakistan’s foremost priority is the stability in Afghanistan as it directly affects us. He said Pakistan will continue to support all initiatives for peace and reconciliation in Afghanistan. He said we encourage all the neighbours and international stakeholders for their positive roles for a political settlement in Afghanistan.

The prime minister categorically stated that Pakistan is a partner in peace.

ISLAMABAD - The Afghan Peace Conference scheduled to be held in Islamabad from 17-19 July 2021 has been postponed until ...