Social media erupts in condemnation of Zardari's outburst against army 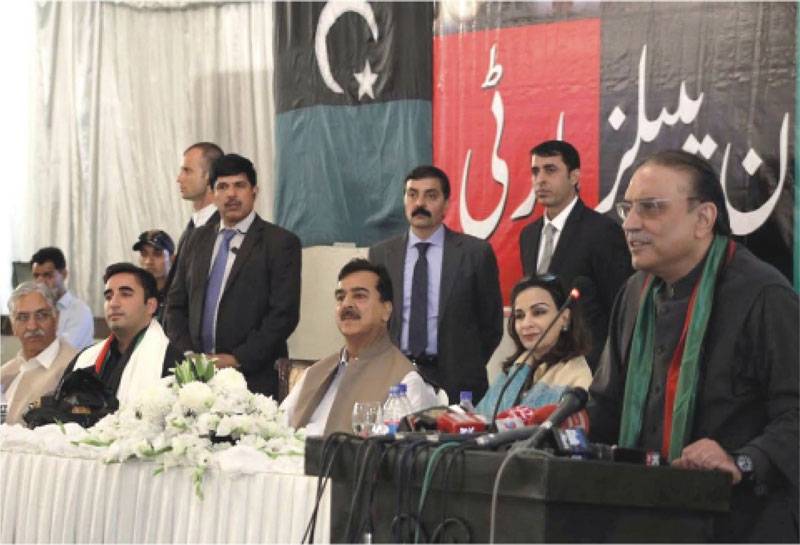 LAHORE (Staff Report) - The hard hitting statements of former President and co-Chairperson Pakistan Peoples Party Asif Ali Zardari against the establishment did not go down well with Twitter users.

The outburst of the former president met severe condemnation from angry Twitter users. Using hastags #ZardariLandMafia and #ZardariBarks had been trending on Twitter since last night. While some questioned his statements, others criticised his time of governance.

So just ignore #Zardari's speech. He has shown his weakness = cracking amid battle of nerves

#DontForgetMirzaRevelations The guy who has murdered people and who has caused pakistan alot of damage is still roaming out openly!#zardari

I think #Zardari did prove he is a better politician, he knows who to blame to get more mileage and shuffle the so called strategy #Pakistan

To take #Zardari in a lighter way will raise many questions on the credibility of Pak Army...He must be arrested ASAP. #ZardariLandMafia

Hahahaah, ohh it was so cool and devastating I am so enjoyinng the anger of #Zardari It means that things are more serious than we expected

@jasmeenmanzoor i wonder who will investigate the crimes of #Zardari and #Sharifs. Clearly above the law.