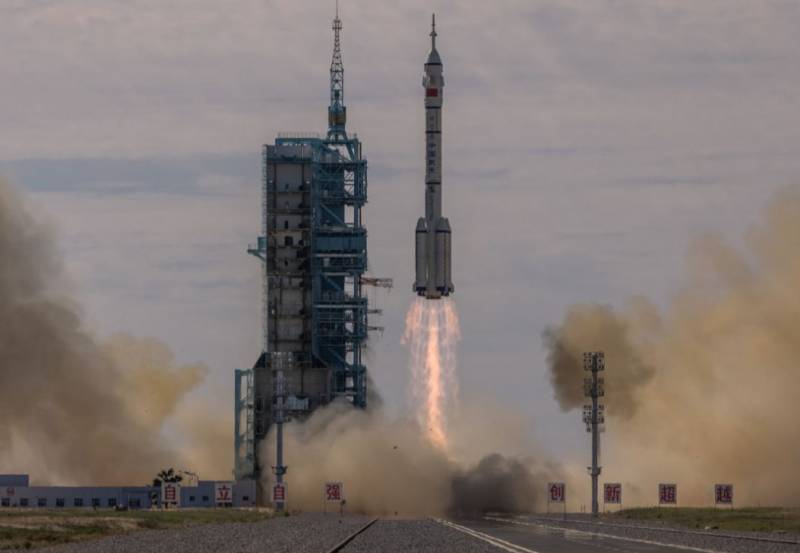 Reports in international media cited that Shenzhou-12, [means Divine Vessel], lifted off at about 01:22 GMT Thursday from the Jiuquan Satellite Launch Center in northwest China, carrying three male astronauts, Nie Haisheng, Liu Boming, and Tang Hongbo, toward the earth’s orbit. The astronauts will be stationed in the core module and remain in orbit for three months.

A statement issued by China Manned Space Agency said ‘the Shenzhou-12 craft successfully docked with the forward port of the core module of the under constructed Tiangong station. The launch was taken off with a Long March-2F carrier rocket.

The launch of #Shenzhou12 was described "as smooth as floating clouds and flowing water". pic.twitter.com/V0uqnThdht

Officials of China’s manned space program said ‘The flight was perfectly smooth and this is the first step as there are many challenges ahead.’

It is worth noting that the mission's duration coincides with the Party's 100-year anniversary - a major event set for July 1.

Reports further added that ‘the Shenzhou-12’ comprised three sections including an orbiter module, a return module, and a propelling module, other than 14 sub-systems onboard.

In the International Space Station monopoly, China is not a participant as a result of objections of many countries including the United States. The country has been stepping up ties with Russia along with other countries. This mission brings to 14 the number of Chinese astronauts traveling into space since the East Asian country launched its first crewed mission in the year 2003. It becomes the third country after the United States and the former Soviet to do so on its own.

The recent mission came up with the experience of two experimental space stations conducted earlier.

Last month, a Chinese rover has successfully landed on the Martian surface, making China the second country after the United States, to leave its footprint on Mars.

BEIJING – After several months orbiting the red planet, a Chinese rover has successfully landed on the Martian ...

According to a report of a Chinese state news agency, the six-wheeled Zhurong robot was touched down at Utopia Planitia - a vast terrain in the northern hemisphere of Mars. The landing module separated from the orbiter three hours later and entered the ‘Red planet’. The landing process consisted of ‘nine minutes of terror’ as the module decelerates and then slowly descends.