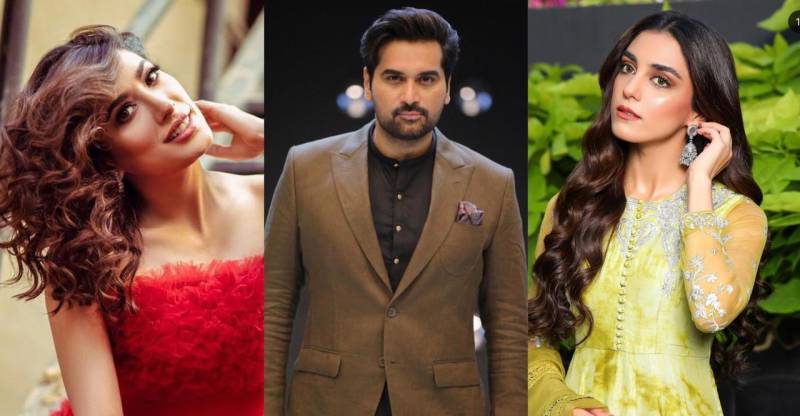 Rumours are rife that two gorgeous ladies from the entertainment fraternity Mehwish Hayat and Maya Ali are all set to star alongside superstar Humayun Saeed in an upcoming project “Mein Manto Nahi Hoon”.

Leaving their fan following gushing and equally excited, the pairing of superstar Humayun Saeed and the beautiful Mehwish Hayat has already proved to be one of the most loved on-screen couples as the two starred in Dillagi and Punjab Nahi Jaungi.

The new addition of the stunning and super talented Maya Ali comes as a breath of fresh air. The fabulous trio is bound to give a solid performance and a spectacular drama to remember.

As per the details, the script is in the final stages of completion. Humayun cleared that the upcoming venture is not about the successful writer Saadat Hasan Manto but Manto is symbolic to the story.

Earlier, Hayat has already worked with Humayun Saeed and the duo will grace the big screen soon as their film London Nahi Jaunga is in the pipeline.

On the other hand, Maya Ali has been highly praised for her performance in the drama serial Pehli si Mubabbat opposite Sheheryar Munawar.

The latest celebrity to step into the world of fashion is the gorgeous Maya Ali. A fashionista to the core who has ...