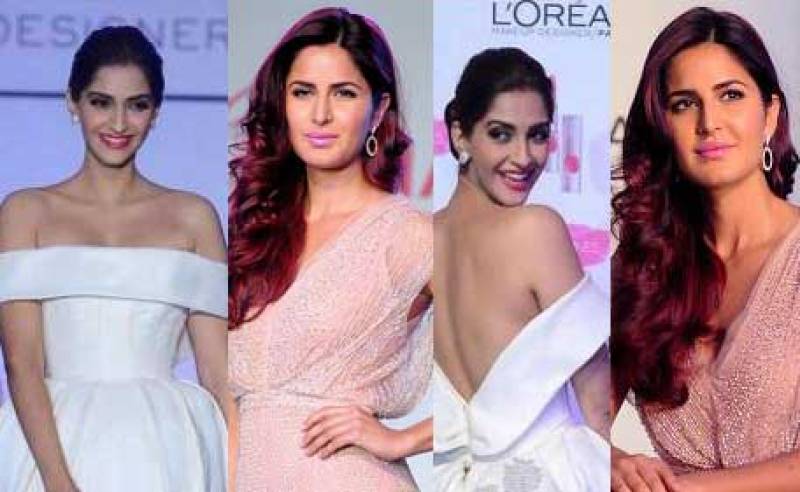 MUMBAI (Web Desk) - Bollywood actress Katrina Kaif made her debut at Cannes and her red carpet outings were labeled as 'boring' and 'safe'.

Her fan pages and Indian fashion critics were kind and lenient in their criticism. The foreign media on the other hand chose not to give her the extra attention, according a report of Emirates 24/7.

In an interview with Anupama Chopra, when asked for tips about red carpet appearance, Sonam stated that one should always be true to their own selves and that they should bring their A game to the red carpet.

She said, "If people think you are boring at the red carpet, be boring, that's who you are. You want to be safe, be safe. As long as you are comfortable you will look beautiful. And for me Katrina looked beautiful on the red carpet."

She said that no one should try and ape someone else and instead they should go with their own individual style.

Sonam also listed names of some of the celebrities who she thinks are great on the red carpet. The names featured on her list included those of Kalki Koechlin and Kangana Ranaut.

Is there anything Sonam Kapoor won't say? She famously called writer Shobhaa De a "fossil who's getting no action and going through menopause" on Twitter.

And who can forget Sonam calling Katrina Kaif "shameless."

In an interview with film journalist Anupama Chopra in Cannes in 2012, Sonam said she'd like to "give Katrina a bouquet." When asked why, she said: "I don't know how she does it. You need a certain kind of commitment and a certain kind of shamelessness to do certain things."