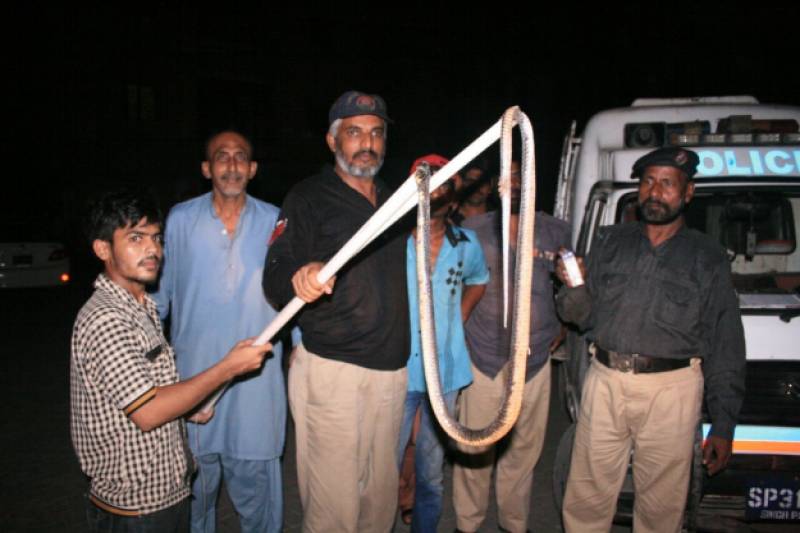 KARACHI (Web Desk) – Karachi police on Sunday shot dead a cobra in Liaqatabad area of the city, according to media reports.

The 20-foot-long snake had caused terror in the area as residents were terrorized and unable to sleep peacefully for the last few days. One or two doses of the anti-snake venom (ASV) vaccines prevent patients from suffering the neurotoxic and cardiotoxic effects of the snake poison.

The vaccines are now being produced in Pakistan as well.