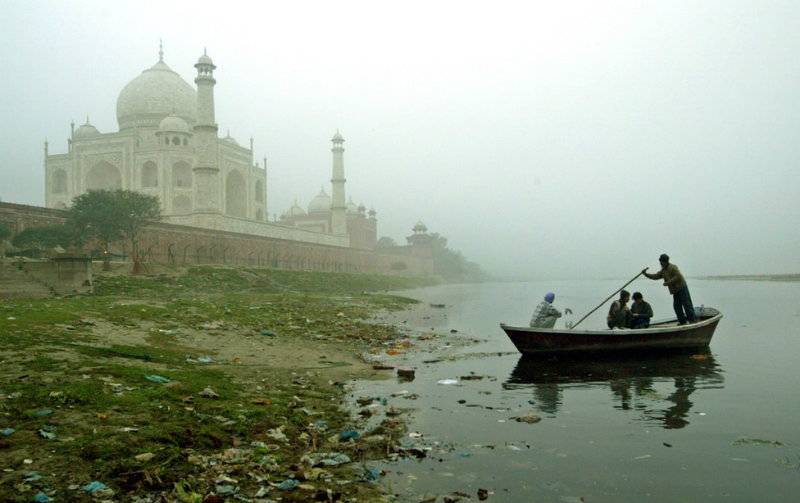 The National Green Tribunal, established for effective and expeditious disposal of cases relating to environmental protection and conservation of forests and other natural resources, has asked the Central government of India to respond to the plea of Agra resident and green activist D K Joshi.

Mr Joshi claimed a joint study by IIT-Kanpur, Georgia Institute of Technology and University of Wisconsin had revealed that "brown and black carbons along with dust" were responsible for giving yellow tinge to the 17th century white marble monument.

The Tribunal also restrained civic authorities from burning municipal solid waste and other waste in open in Agra and the areas around the eco-sensitive Taj Trapezium Zone.

A bench headed by NGT Chairperson Justice Swatanter Kumar issued notices to Ministry of Environment & Forests, Ministry of Urban Development, Uttar Pradesh government, Central Pollution Control Board and others while seeking their reply in two weeks, the NDTV reported on Wednesday.

It said that one of the major threats to the Taj Mahal was the high level of particulate matter (PM) which was being released into air due to large scale burning of municipal solid waste (MSW) in the city.

The plea contends that civic bodies in Agra were blatantly violating Solid Waste Management Rules as more than 2000 metric tonnes of solid waste per day was being dumped in various part of the city besides plastic waste which was being consumed by stray animals.

The city of Agra is home to many people and lots of industry. Environmentalists have struggled for years to protect the Taj Mahal’s white stone from turning yellow because of air pollution.

Besides pollution, the world-famous Taj Mahal is facing a new threat: inspect poop.

Officials say large numbers of insects are breeding in the polluted Yamuna River that flows around the Taj Mahal. 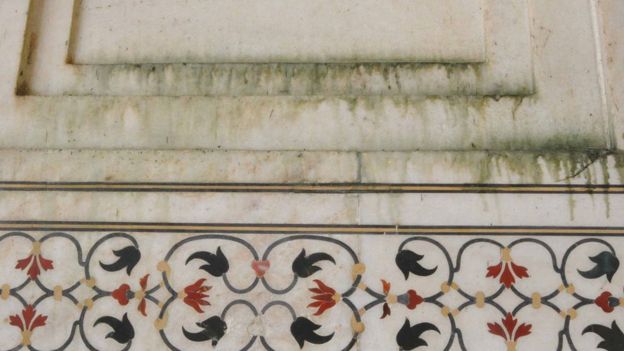 The insects in the waterway land on the Taj Mahal and leave poop behind on its white stone walls.

The insects’ droppings are beginning to turn the walls green. Workers try to remove the insects’ waste. But experts fear heavy cleaning could damage the artwork in the Taj Mahal.

A fly known as the genus Geoldichironomus is the insect responsible for all the droppings. Those insects survive best in the hot weather and in the algae along the sides of the river.

Environmental campaigners like D.K. Joshi say the way to stop this new threat is to save the dying river. He has also presented his argument to the National Green Tribunal.

Joshi says waste from 52 open drains in the city is poisoning the river. “Industrial waste, solid waste, all this empties into the river. Millions of dollars have been spent to clean the river, but nothing has happened,” he added. 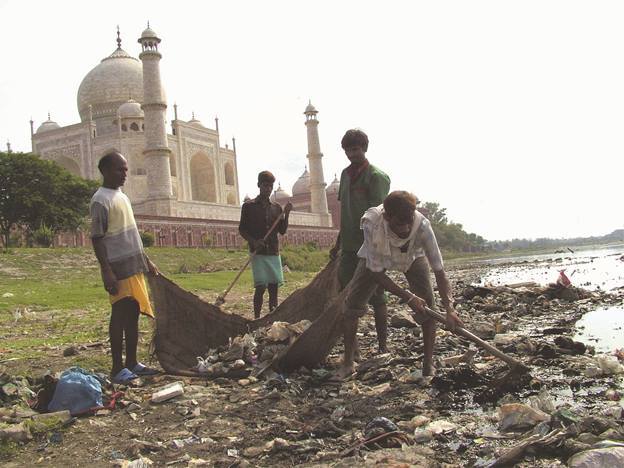 Experts say ash particles from burnt human remains are part of the problem. For 200 years, people have set fire to dead bodies near the Taj Mahal. The fires are part of funeral ceremonies for the dead.

Ash from the burnt remains is the main source of food for the insects.

Six months ago, the Supreme Court asked city officials to move the funeral area. There was concern that smoke from the fires was affecting the color of the white stone surfaces. But the move has still not happened.

Now city officials are asking people to try more environmentally-friendly funeral customs because of protests from a Hindu group.

Vikram hopes this latest threat to the Taj Mahal from insects will get the attention of city officials. He hopes it will get them to clean the river.

But he also worries about the large amount of pressure the rise of tourism puts on the Taj Mahal. Six million people visited the world-famous structure in 2014.

The Taj Mahal, an ivory-white marble mausoleum in the Indian city of Agra, was commissioned in 1632 by the Mughal emperor, Shah Jahan (reigned 1628–1658), to house the tomb of his favorite wife, Mumtaz Mahal. 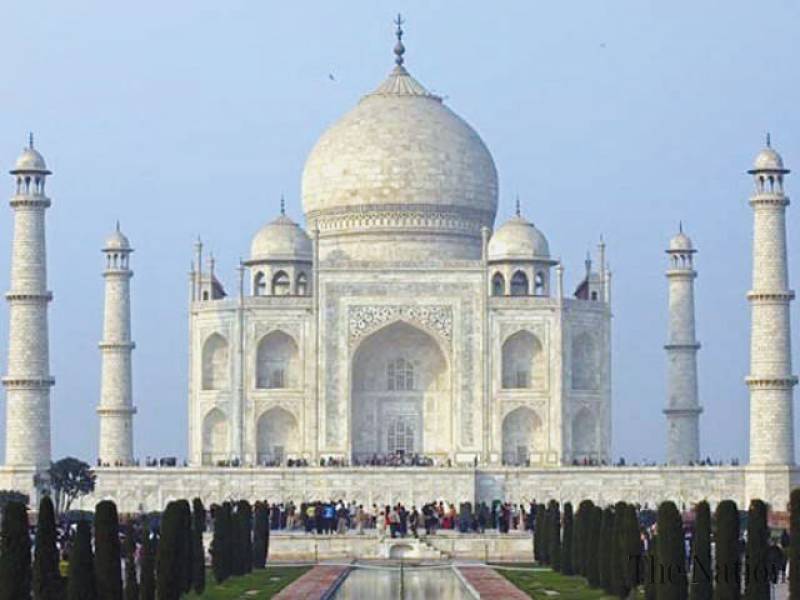 The Taj was designated as a UNESCO World Heritage Site in 1983 for being "the jewel of Muslim art in India and one of the universally admired masterpieces of the world's heritage".

Described by Nobel laureate Rabindranath Tagore as "the tear-drop on the cheek of time", it is regarded by many as the best example of Mughal architecture and a symbol of India's rich history.