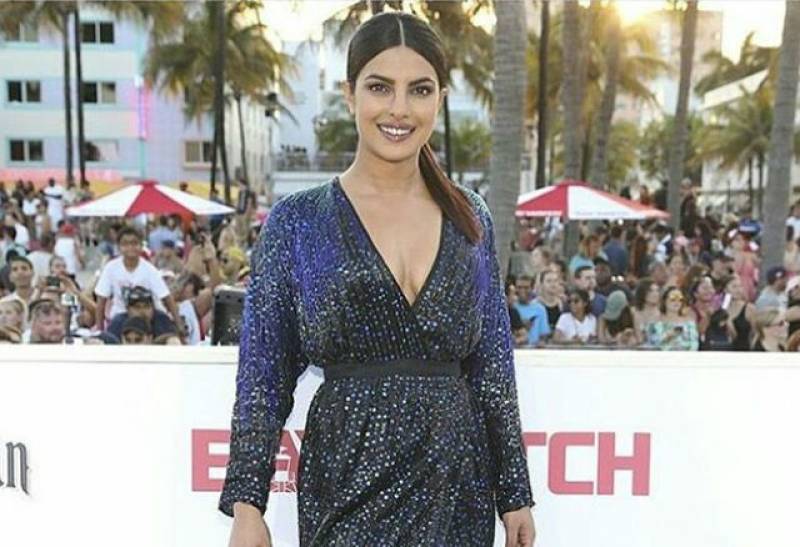 Everything was so wrong about Priyanka Chopra's look at the world premiere of Baywatch! From eye-shadow that didn’t suit her to matte lipstick that dulled her complexion, we don't  know where to start.

She is making her Hollywood debut with Baywatch and Twitter didn't take too kindly to her mermaid look.

We wish her good luck with style and hope she returns to impeccable style.

The Quantico star failed to pull off the mermaid look.

Just for you guys.... an exclusive sneak peek of #VictoriaLeeds as she heads out for the world premiere of #Baywatch! #BeBaywatch pic.twitter.com/NyCHp32x91

@TeamPriyanka Didn't like your makeup . Your nose looks that of Egypt's mummy .