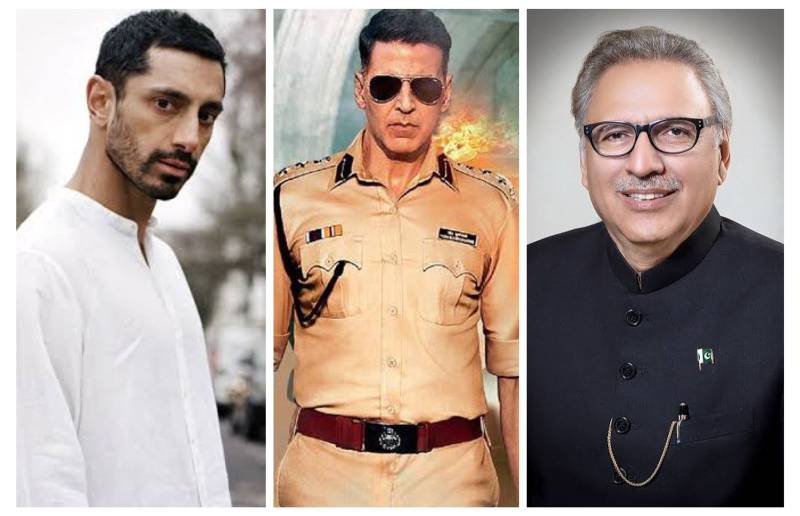 Bollywood superstar Akshay Kumar and Katrina Kaif’s Sooryavanshi has been creating waves in theatres setting the ticket windows ablaze for the first time since the pandemic.

However, the highly anticipated cop film's plot has created a ruckus on the internet owing to the storyline which narrates the heroic tale of a group of brave police officers chasing terrorists who have crossed the border from Pakistan and are plotting attacks in Mumbai.

British actor Riz Ahmed has expressed disgust in the ‘Islamophobic’ elements of the Indian film starring Kumar and Kaif.

On the other hand, Pakistani President Arif Alvi was also disappointed and tweeted that given the current climate of India, the trend of propagating Islamophobic content will cost the country itself.

“Dangerous for India. In this Islamophobic hatred, India will destroy itself. No less, I hope and pray that sane elements within Indian society prevent this."

Dangerous for India. In this Islamophobic hatred India will destroy itself, no less. I hope & pray that sane elements within Indian society prevent this.

Milton Kandera wrote that 'the first step in liquidating a people is to erase its memory. Destroy its books, its culture, https://t.co/gcyX1sNnIE

Moreover, netizens are equally worried and debating about the problematic elements in Sooryavanshi which have finally been addressed by the director Rohit Shetty.

He responded by bringing up antagonists from his previous films and questioned why there was no objection to the negative characters that were not Muslims.

Starring Kumar and Katrina Kaif, with cameos by Ranveer Singh and Ajay Devgn, the project became the first to be screened in Indian cinemas after the pandemic

The film bagged 100 crores in its first week of release after cinema-starved audiences rushed to see it on the big screen.

Bollywood superstar Akshay Kumar is back to the big screen, with the gorgeous Katrina Kaif in Rohit Shetty's cop action ...