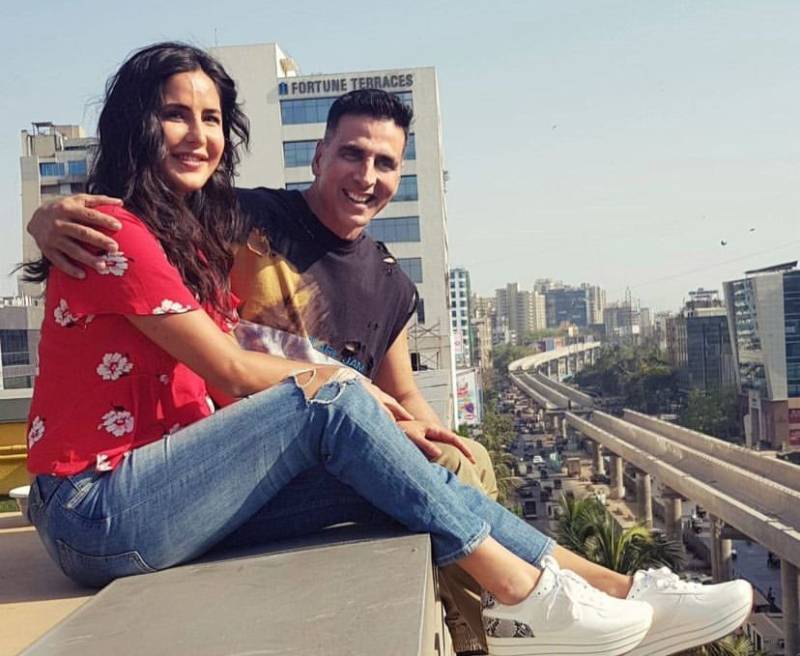 Bollywood superstar Akshay Kumar is back to the big screen, with the gorgeous Katrina Kaif in Rohit Shetty's cop action film Sooryavanshi.

Apart from their sizzling onscreen chemistry, the duo also shares a close friendship bond alongside being working colleagues.

In their recent appearance on The Kapil Sharma Show, both got candid about shooting experience, reuniting on screen after a long time and future projects. They revealed details about a slap scene where the Tiger Zinda Hai star had to slap Kumar without any retake.

Moreover, in an old interview Katrina had once revealed about slapping Akshay while filming Welcome. "I slapped Akshay while shooting for Welcome. I was required to slap Akshay for a scene. I did that, but somehow it was not looking real and the director called for a retake, I did the shot again and again."

"Akshay got fed up and shouted ‘Come on slap me hard’. I got carried away and landed one tight slap on his cheek, everyone just froze on the sets, and there was pin-drop silence," she concluded.

On the work front, Kaif and Kumar have returned to the big screen as they star together in their megaproject  ‘Sooryavanshi’. The duo has previously worked together in films like Humko Deewana Kar Gaye, Namaste London, Singh is Kinng, Welcome, De Dana Dan and Tees Maar Khan.

Speculations are rife that Bollywood’s rumoured beaus Katrina Kafi and Vicky Kaushal will be sealing the deal ...