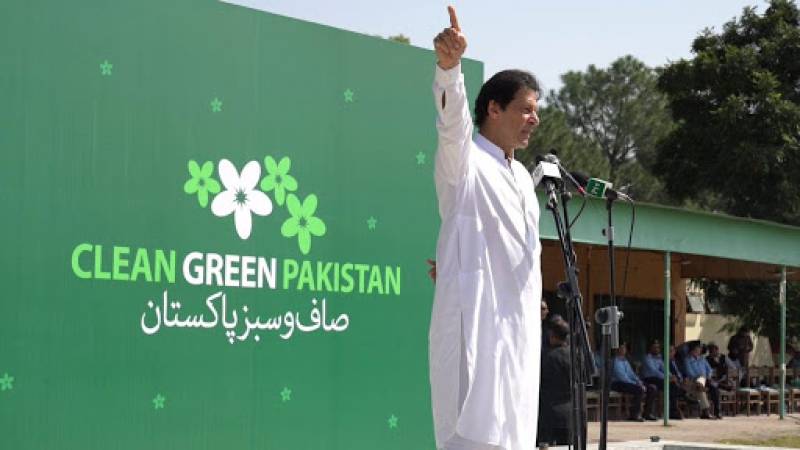 ISLAMABAD – Prime Minister Imran Khan Thursday warned the world that as ice at poles melted fast and temperatures rose globally, any negligence towards the climate change could put the future generations in danger.

"If the world does not take notice now, I am afraid we will be endangering our future generations,"the prime minister said in a video statement at the fourth Austrian World Summit held in capital Vienna.

The prime minister, on the invitation of Arnold Schwarzenegger, former California governor and actor, shared his vision about conserving biodiversity and the steps taken by Pakistan to fight the climate change.

Imran Khan said some 20 years ago, the topic of climate change was taken with skepticism, however, today it had become a harsh reality.

He mentioned the 'cruel face' of climate change for the world in shape of record temperatures in Siberia, ice-melting on poles, rising temperatures in Europe, unprecedented fires ravaging Australia, cyclones and hurricanes.

He said Pakistan realized about a decade ago that the glaciers that flew to its rivers and ultimately fed the population, were melting at a much faster pace.

He recalled that his political party when came to power some seven years ago in Khyber Pukhtunkhwa province, set and achieved the target of planting one billion trees there.

On assuming power at the Centre, he said, the target was now to plant 10 billion for a green Pakistan.

He urged the world to collaborate and join hands to fight the climate change.

"It is time for the world to take action against climate change as a united goal," he said.

The Austrian World Summit in four years has become the largest environmental gathering in the world, providing a platform for global decision-makers committed to preserving a healthy planet and de-carbonizing the economy by 2050.