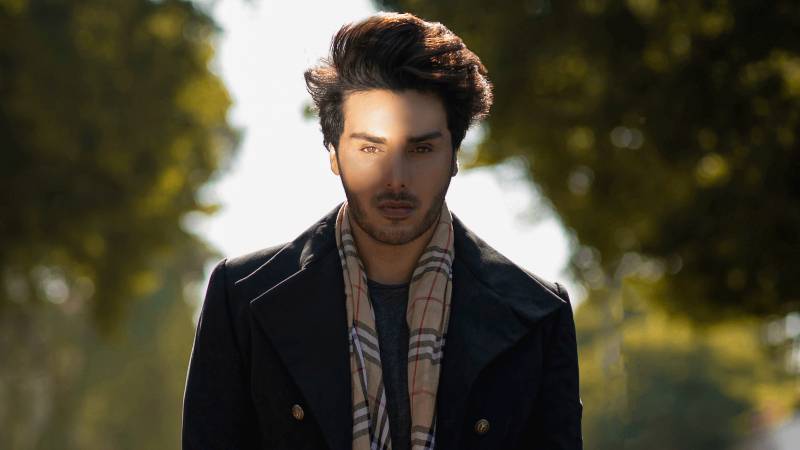 Pakistani heartthrob Ahsan Khan is one of the few stars in the entertainment vicinity who are known for their philanthropic work.

This time around, the Qayamat star announced that he has been made a goodwill ambassador of the National Commission on the Rights of Child (NCRC), Pakistan.

The NCRC was established by the federal government in 2020 and seeks to "enforce its mandate for comprehensive legislative, institutional and social reforms on child rights" in order to create a "protective society for children".

Turning to Instagram, the 39-year-old shared the news with his followers on social media alongside a picture of himself signing the contract.

"I am proud to be part of the great NCRC initiative, Protecting the rights of our children is protecting our future. Neglect, cruelty, unfairness, injustice and abuse damage the minds and hearts of children destined to take over our nation as they attain adulthood."

"Denying children their basic rights makes us bad Muslims, bad Pakistanis and bad human beings. We must protect the rights of our children for the sake of humanity if not for the sake of our future."

"I stand by the National Commission on the Rights of Child as it works to ensure that every Pakistani child is afforded the right that he is entitled to," he concluded.

Soon after his announcement, many celebrities including Hira Mani, Aijaz Aslam, Humayun Saeed congratulated him on being awarded the responsibility.

On the work front, Ahsan has been praised for his performance in the drama serial Qissa Meherbano Ka opposite Mawra Hocane.

Pakistani actor Ahsan Khan has slowly yet surely built a strong niche for himself in the entertainment industry with ...