On this day in 1986, Javed Miandad created history by smashing six to help Pakistan lift Asia Cup against India 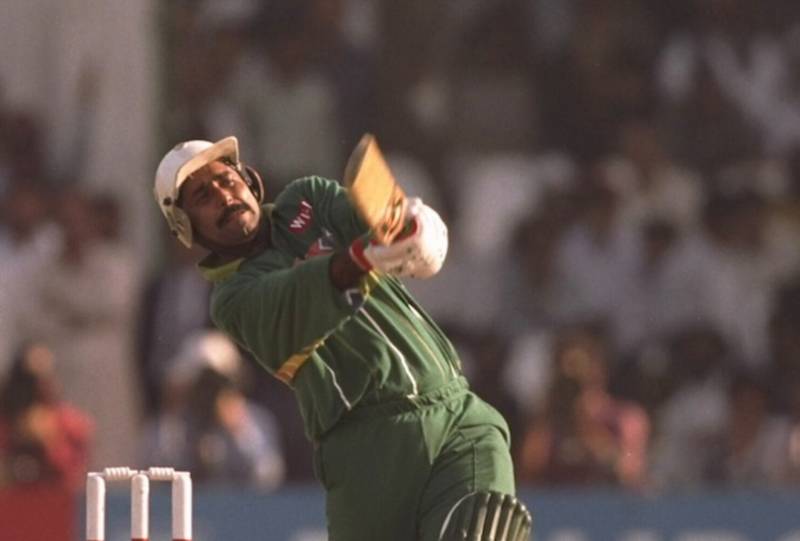 LAHORE – On this day in 1986, Pakistani cricket great Javed Miandad smashed a last-ball hit against archrival India in the final of the Austral-Asia Cup.

It’s been 36 years since Miandad smashed India’s Chetan Sharma for a last-ball six to steer Green Shirts to victory in Sharjah. The historic encounter between two neighbors has been the stage for many classics and thrillers over time however it still entertains millions besides shattering the hearts of Indian fans.

#OnThisDay in 1986, Javed Miandad hit a six off the last ball bowled by Chetan Sharma to hand Pakistan a thrilling one-wicket win over India in the final of the Austral-Asia Cup at the Sharjah Cricket Stadium.

After being set a 246-run target by archrival India, the Imran Khan-led unit struggled after losing openers. Miandad then steadied Pakistan's innings and etched his name in history books with a ton.

Pakistan needed four runs off the final ball to win the match and it was the time when Miandad, one of the greatest batsmen Pakistan has ever produced, scripted a historic victory by smashing Sharma for a six.

LAHORE – On March 25th, twenty-nine years ago, Pakistan won their first and only 1992 World Cup, defeating ...

Team Green was said to be among the top squads alongside Windies. They lost just one Test series till 1993 and bagged a host of ODI tournaments, not least in Sharjah itself.