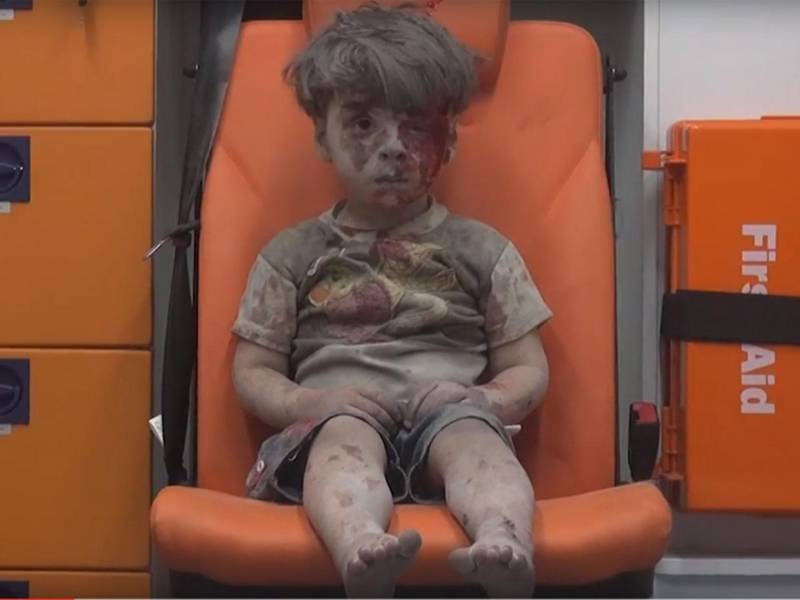 SYRIA (Web Desk) - A stupendous image of a Syrian kid is going viral over the internet as it captures the horror, helplessness and tragedy that the Syrian nationals are braving in the war-torn region.

The picture features a 5-year-old Omran Daqneesh sitting on a chair inside an ambulance after an airstrike in his hometown of Aleppo.

One side of Omran Daqneesh's face is drenched in blood. The whereabouts of his parents is still unknown.

The video captured at the moment reveals the juxtaposition of innocence and brutality that the kid had to face owing to vested interests of the ruthless world.

Omran was injured in a blast on Wednesday evening along with four other children, one woman and two young men, according to an Aleppo doctor on condition of anonymity.

Although Omran is not crying but the picture is screeching and yelling at the hypocrisy of the world keeping mum over atrocities in Syria.