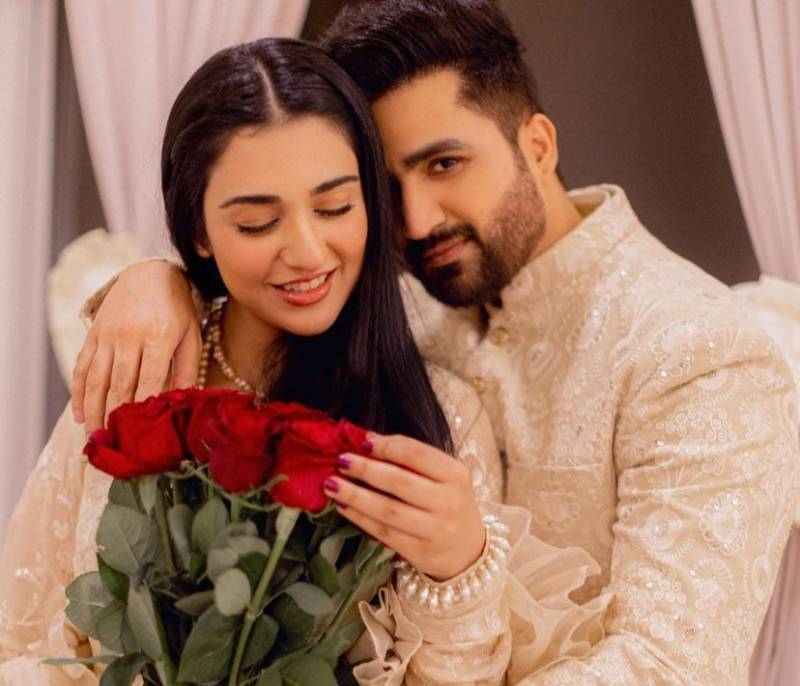 After Lollywood diva Sarah Khan bagged the Pride of Performance Award in Norway, it seems that the celebrations are in full swing as the beautiful actress was spotted vacationing alongside her husband Falak Shabir during their Europe tour.

Dropping an adorable pictures all the way from Disney World, the Raqs e Bsimil actress and her husband are surely couple goals and are definitely setting the bar sky high.

The Laapata star and Falak Shabir are one of the most adored celebrity couples in Pakistan and this comes as no surprise. Now, their cutest selfie is going viral online and is being loved by the fans.

On the work front, Sarah Khan will be sharing the screen with the Joh Bichar Gaye rising star Talha Chahour. The drama is written by Qaisera Hayat and directed by Amin Iqbal.

While many Pakistanis were busy celebrating Independence day, a bunch of celebrities added more to their joy and pride ...