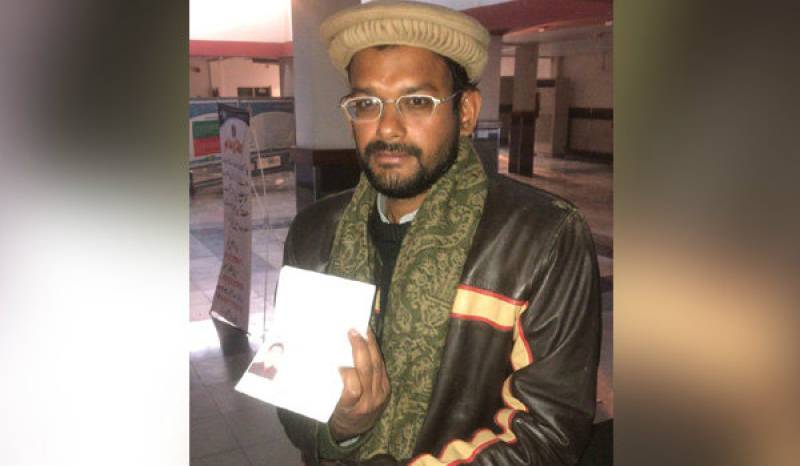 LAHORE – Hamid Nehal Ansari, an Indian spy who had illegally entered Pakistan eight years ago and was involved in anti-state crimes and forging documents, has returned to his country after completing his three-year prison sentence in Pakistani jail.

Ansari illegally crossed into Pakistan from Afghanistan in 2012, and was convicted for spying and forging documents in December 2015.

He told court officials that he came to the country to see a girl he befriended on Facebook in the country's north, according to his lawyer Qazi Muhammad Anwar. But police were waiting for him at the woman's house and arrested him on the spot, Anwar said.

Ansari was released from the prison Tuesday at 7.25am (0225 GMT) and returned India through an overland border crossing near Lahore.

#WATCH: Indian national Hamid Ansari crosses the Attari-Wagah border to reach India. He was lodged in a jail in Pakistan and was released today. pic.twitter.com/FYJAlAZGac

The court gave verdict after Interior Ministry appraised it that Ansari will be repatriated to India after completion of his prison term on Dec 15.

#HamidNehalAnsari, an Indian spy who had illegally entered Pakistan and was involved in anti-state crimes and forging documents, is being released upon completion of his sentence and is being repatriated to India.

His mother, Fauzia Nehal Ahmed Ansari, who called her son’s release “a victory of humanity”, said that he has no “bad intentions”.

Pakistani security agencies had concluded that Hamid has used fake identity card in the name of “Hamza” and had entered through Afghanistan without travel documents.

A former teacher at the Mumbai Management College, Ansari was taken into custody by the police and Intelligence Bureau (IB) officials in Khyber Pakhtunkhwa’s Kohat in November 2012 and was later court-martialled by a military tribunal. He was lodged in the Peshawar central jail.

Following the news of his release, India on Monday welcomed Pakistan’s decision to repatriate him, saying that it came as a “matter of great relief, especially for the family members, that six years of incarceration of the Indian civilian in Pakistan jail is coming to an end".

“We hope that Pakistan would respond and organise an early visit of the Joint Judicial Committee so that the issues of prisoners can be dealt with in a humanitarian and timely manner,” India’s ministry of external affairs said in a statement.

Arch-rivals Pakistan and India have fought three major wars since independence from Britain in 1947. They routinely arrest each other's citizens on spying charges.

On March 3, 2016, another Indian spy Kulbushan Jadhav, in pursuit of targets set by his RAW handlers, was arrested by Pakistani authorities when he attempted to cross over into the country from the Saravan border in Iran.

India, however, alleges that the Indian naval officer was abducted by Pakistan from Iran.

Since Jadhav's arrest, India has been denied consular access to him, although he was provided with a defending officer as per legal provisions during his Field General Court Martial trial.

ISLAMABAD - Indian spy Kulbhushan Jadhav has said that the Indian envoy who accompanied his family during the ...