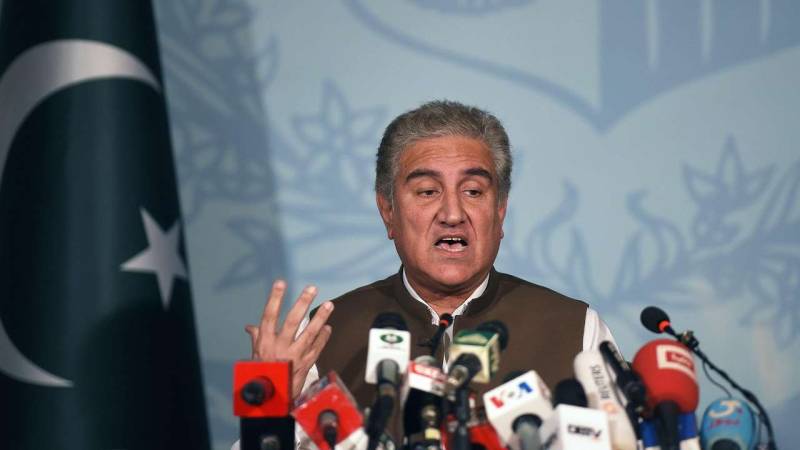 ISLAMABAD – Foreign Minister Shah Mehmood Qureshi on Saturday stressed that concrete and timely steps are needed for the return of peace and stability in neighboring Afghanistan.

Speaking at the Parliament House in the country’s federal capital today, Qureshi expressed hope to build a consensus regarding Afghanistan in the OIC meeting. Around four hundred and thirty-seven delegates have so far got themselves registered for the OIC meeting, he said.

Qureshi termed OIC moot as historic saying concrete and timely steps are required for the return of peace and stability in Afghanistan. He said the aim of OIC moot is to divert the attention of the world community towards the Afghan situation, and progress is being seen on this end.

Kabul is suffering a humanitarian crisis, he said while adding that the goal of this summit is to highlight and find solutions to the plight of the neighboring country.

He stressed protecting more than 38 million Afghan families and cautioned that Afghanistan is on the brink of a humanitarian catastrophe.

People of the war-ravaged country are facing food shortages while the banking and financial system of the country has collapsed, he said. Many Afghans will now be forced to leave Afghanistan due to hunger, the minister added.

The meeting of senior officials of the member countries of the Organisation of Islamic Cooperation will discuss the agenda and work plan of the extraordinary session of the OIC Council of Foreign Ministers to be held tomorrow.

A Taliban delegation led by the interim foreign minister will participate in the moot. Special representatives from the United States, Russia, and China are also included in the guest list.

ISLAMABAD – Pakistan is hosting the 17th Extra-ordinary Session of Council of Foreign Ministers of the ...

The visiting delegates will also call on Prime Minister Imran Khan on the sidelines of the OIC meeting.

ISLAMABAD – Pakistan is hosting the 17th extraordinary session of the Organisation of Islamic Cooperation (OIC) ...